If you want to find the cream of the extreme underground then the appropriately named WormHoleDeath Records is as good a place to start as any. Paul Castles attempts to sieve out some of the Italian label’s finest releases from 2021 that may have passed you by. 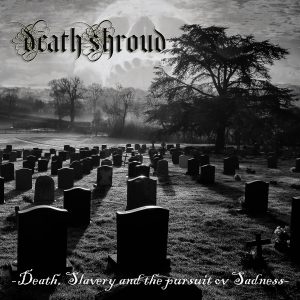 With a name like Death Shroud it would be somewhat incongruous to suggest that this American two-piece are keeping the black metal scene across the Atlantic alive. That said, if you want an insight into the current USBM state of the nation then these underground usurpers provide a glimpse of what’s out there. With a primal and caustic crust, Death Shroud emerged from off the beaten Virginia track in 2007, taking their musical lead from the likes of 1349 and Dissection. This seven-track album lacks a standout track but if swallowed whole, still makes for a satisfying soundtrack of snarling vocal bites, gruffled guitars and pulsing skin blastbeats. At their most dynamic on third track ‘I Walk Among You,’ Death Shroud find their stride, injecting a genuine headbanging hook and a few fist-pumping punctuation points. Spiky riffs and bowel-loosening growls deliver an asphalt aural experience on ‘Pervasive Emptiness’ before a weighty layer of haunting doom descends on the closing instrumental ‘Putrefactio’. 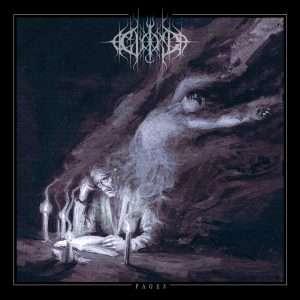 Eclipser don’t hang about on this five-track EP, the whole thing coming in at a very tidy 15minutes. The opening title track is a strong starter, scorching the trail with its post black metal surges from the Ontario outfit. The much briefer ‘Matternaught’ is a harder script to follow, jumping from place to place like Meshuggah at their most discombobulating. The opening cry of ‘This place is rank with the stench of depression’ sets the bleak soundscape for ‘To Never Wake Again’ which is probably not for you if you’re having a rough time right now. Pages is a charged and twisted listen, but not without musical dexterity, the assorted layers stacking up satisfyingly on the finale, ‘Fathomless’. The tone throughout is strained with the lyrics thrown at the mix like a phlegm-encased boulder. The Canadian crew cannot be accused of leaving anything on the studio floor here, it’s a full-on powerhouse, but just be prepared to get a few bruises along the way. 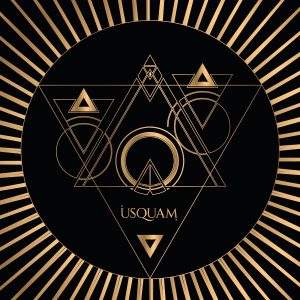 Completing the Wormhole Records’ triumvirate is Usquam. The French newcomers’ debut release is a veritable cocktail of sonic styles and tempo changes with multiple dynamics at work. It’s an ambitious first hit from the Gallic trio but overall they keep things on track pretty well. While essentially black metal at its core, they diversify into other areas, including some psychedelic prog moments. The use of choral chants on the impressive title track adds a further layer of polish. Usquam are reluctant to play the Satanic card despite their obvious black leanings. Instead, There’s a refreshing astronomical aural appetite at work here, as reflected in the likes of ‘Hail to Mars’.