In terms of music, where trends move extremely fast, 30 years is an eternity. That’s the period of time which has elapsed since World Goes Round recorded their self-titled debut album until it’s finally seeing the light of day. Of course, they’re not alone in delaying a release (in fact they’re in good company: Guns N’ Roses, The Eagles, Stone Roses) and World Goes Round is a perfectly preserved capsule of rock candy.

Bold as brass and slightly funky ‘Rebel Heart’ is the effervescent, sun-kissed opener. Although recorded in the late ‘80s this album still drips a vibrant urgency: it seems to exist in the past and present. The highly energetic bass slapping is very much of its era (think Mark King or Yello) and it wouldn’t seem out of place on some Brat Pack movie yet it doesn’t sound like a relic from the analogue age. I guess good tunes never age and that’s certainly the case with the soulful ‘Joy And Pain’. Apparently, it’s spent the last three decades marinating in melody and, finally garnished with some choice guitar work, has become a mouth-watering treat. 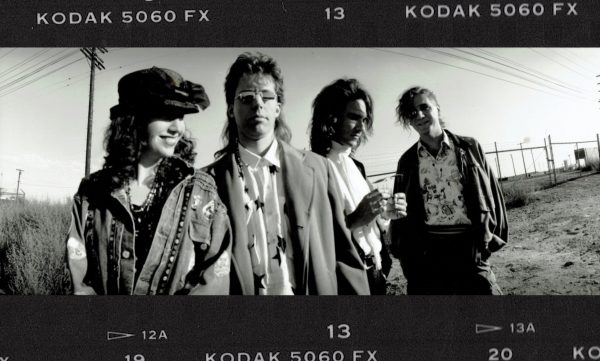 Originally recorded in Laurel Canyon, L.A., World Goes Round seems to have absorbed its surroundings and tracks like ‘Great Talker’ are made for cruising the desert plains in a convertible (with the top down). Despite the unrestrained joy of the opening three cuts it’s not until we reach ‘Put It On The Line’ that we hit pay dirt. I’m picking up a definite John Lennon vibe in the songwriting department and it surely would have gatecrashed the highest echelons of the charts if it was released contemporaneously. That World Goes Round contains such quality songs shouldn’t come as a surprise when you consider co-vocalists Elizabeth Lamers and Frank Musker helped Brian May shape ‘Too Much Love Will Kill You’.

If anything good has come out of the current global pandemic then it’s the downtime musicians have spent exploring their archives and that’s exactly how World Goes Round came to light. It’s far too good an album to lay forlornly in the bottom of a dusty box and now it’s out in the daylight its dancing around and shaking its tale like a bear out of hibernation. Produced by Tommy Vicari (Billy Idol, Prince) World Goes Round will reward repeat spins by revealing subtle nuances buried deep in the mix. Case in point is ‘Puttin’ Down Roots’ which melds backward masked neo-psychedelia to bright, jangly guitars and the effect is quite arresting.

‘Big House’ is the expansive closer and brings World Goes Round to a suitably epic conclusion. That this album sounds so good shouldn’t come as a surprise when you consider the bands collective CV includes Queen, Supertramp and John Fogerty (amongst others). If you want to uncover the 80’s brightest undiscovered gem it’s here in World Goes Round. 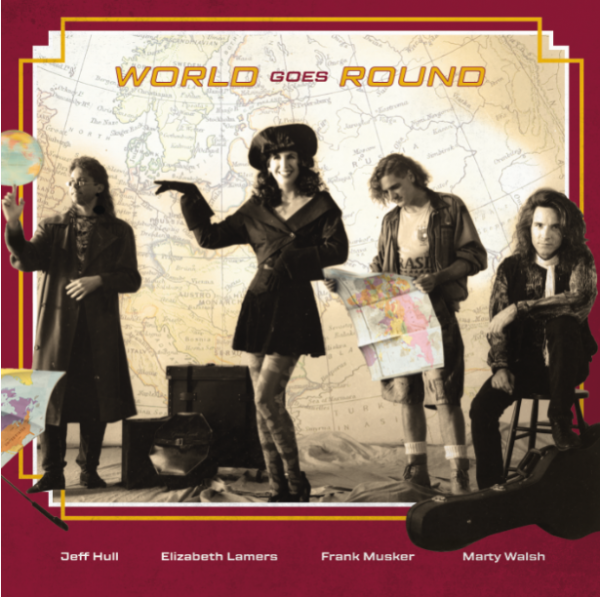