Mixing musical genres is no easy task; get the blend wrong and the result can be an unlistenable stew but, mix those chemicals just right and a band can produce pure alchemy. Thankfully, Wömit Angel fall into the second camp, and their fifth full-length album, Sadopunk Finland, is a heady brew of black metal, thrash and punk, and it’s one that sets new levels of brutality.

Wömit Angel aren’t a band who deal in subtleties and opening track ‘(Timöw Legna Eht Fo Tluc)/Retributator’ arrives like a (studded) fist to the face, and its mixture of musical extremities certainly packs a punch. Seething with an undiluted rage, opening shots rarely come this vivacious, or this vital. It’s a two-minute blast of white-hot sonics that’s akin to standing next to an open furnace as hungry flames lick your flesh. Those expecting any respite from the following track are seriously deluded, and ‘Crushing Suffering’ does exactly what it says on the tin. There’s very little space between songs, and the rapidity with which they are released only adds to the overall feeling of urgency. There’s no time to recover from one sonic attack, before Wömit Angel hit you with another.

Ever since Motörhead and Venom first popped my eardrums back in the ‘80s, I’ve been a big fan of three-piece bands. It’s such a compact unit which forces each member to come to the fore, and Wömit Angel certainly push all the needles into the red. Like a demented vicar who has become the anti-Christ, W. Horepreacher’s vocals are suitably demonic, and his bass playing is equally bowel-loosening. An instrument of torture inserted deep in your ear, J-Violatör’s guitar solos are high voltage shocks that convulse through your body. It’s drummer Atomic Torment who is the missing piece of the puzzle and his powerhouse style drives the band onto greater levels of insanity.

Discharge’s Why?, Celtic Frost’s Into The Pandemonium, and Slayer’s Reign In Blood have all been an influence on Sadopunk Finland, and while you can hear elements of all these on this record, it’s definitely got a unique edge, and it rocks a unique vibe. Wömit Angel have a signature groove that ensures no matter how heavy things get, they swing dangerously like a wrecking ball that’s bent on destruction. The gates of hell opening and banshees pouring out is ‘Total Ordeal’, a track which sinks bloodied fangs in the listeners throat, and makes a fine companion to the penultimate ‘Warhead Evocation’, the soundtrack to a world perishing beneath a series of nuclear bombs.

Clocking in at a cool 31 minutes, Sadopunk Finland is a fairly brief listen, but like the aforementioned Reign In Blood, it’s an album that benefits from a laser like focus. There’s not a single second wasted, and if you want a frightening glimpse of a not-too-distant dystopian future, it’s right here. 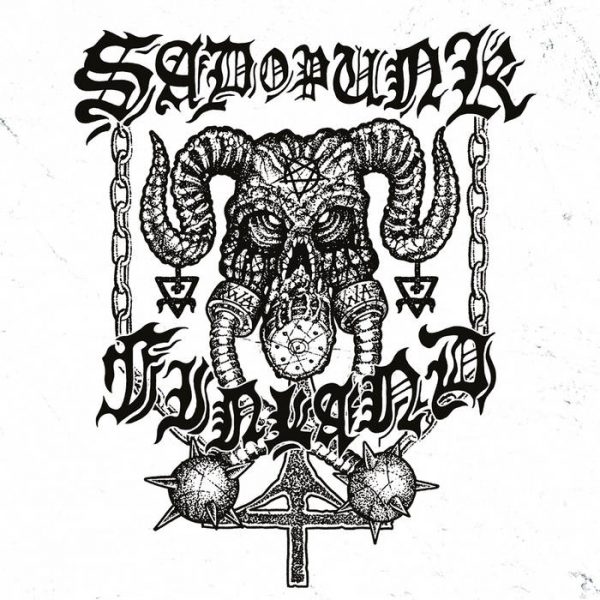