Formed during the glory days of Swedish death metal Wombbath have, like a depraved serial killer, left a bloody trial of vinyl and, to commemorate their 30th anniversary, have just unleashed Tales Of Madness. Containing re-recorded classics and brand-new cuts it’s a timely summation that points to a bright future.

I’m often in dubious about bands who tamper with their early recordings, often sacrificing youthful enthusiasm for a cleaner sound. But with guitarist Håkan Stuvemark being the sole original member Tales Of Madness kinda makes sense. Opening with three re-worked numbers from ‘92 demo Brutal Mights the first of which, ‘Tales From The Dark Side’ immediately allayed my fears. It arrives with both fists swinging wildly and manages to retain the brutality of the original. As with much Swedish death there’s a hardcore influence (most notably the D-beat) and the dirty bass rumble is the stuff dreams (nightmares?) are made of. Similarly, ‘Brutal Mights’ and ‘Unholy Madness’ display a distinctly grindcore vibe (think Benediction or Bolt Thrower) and sit comfortably in both the death and grind camps.

Formed in Sala, Västmanland in 1990 ‘The Grave’ was the very first song the band ever wrote and, as a special treat, it’s presented here in all its blood-soaked glory. It’s something of a riff monster that doesn’t overstay its welcome and benefits from a brutal brevity. By the time 1994 rolled around Wombbath had split their fanbase with the controversial EP Lavatory. It found the band moving in a more death n’ roll direction and housed in a sleeve that was more Circle Jerks than Cannibal Corpse. It was viewed as a disappointment but ‘Lavatory Suicide Remains’ from that EP is reproduced here and rights a few wrongs. Jonny Pettersson’s vocals are a huge improvement and the whole thing veers wildly between all out thrash and crushing death.

After the lacklustre Lavatory, Wombbath went on a 19-year hiatus and returned with the excellent download single ‘Corporal Punishment in 2013. The final three tracks here continue is a similar vein and you can hear a real development in the bands songwriting. ‘Save Your Last Breath To Scream’ is a fine slab of technical death with chuggy riffs to die for as drummer Matt Davidson fires his drums with metronomic precision. Not content with resting on past glories the title track has a contemporary sound but doffs its cap to a fine lineage and the vast sound weighs heavy upon the listener like a mound of earth. Imagine being chased by Leatherface (whilst he’s revving a chainsaw) and you’ll have the rather unsettling nature of closer ‘The Fleshy Existence Of Man’.

Tales Of Madness is a timely release from Wombbath. It pays respectful homage to the past but, more importantly, signposts a gore splattered future which bodes well for the next 30 years. 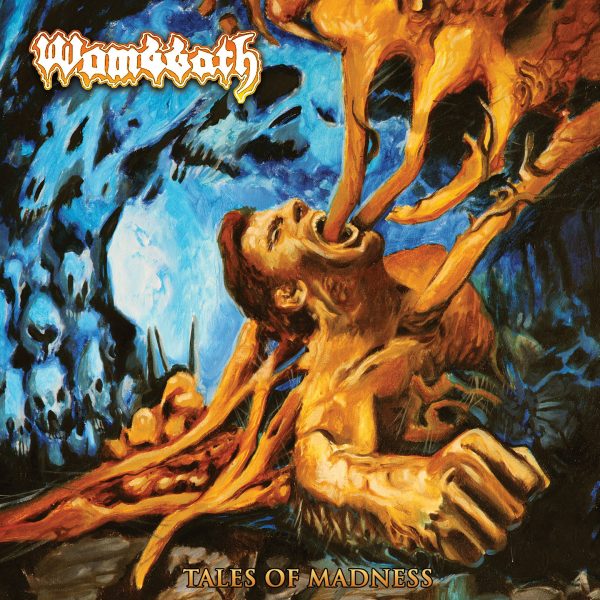