Formed in Örebro, Sweden in 1995 Wolf have forever remained true to the cult of heavy metal. While musical fads have come and gone the band have, rather admirably, stayed faithful to their vision and over two-and-a-half decades have released some of the genres best albums. Full-length number 9, Shadowland, continues the good work of its predecessor (2020’s Feeding The Machine) and finds Wolf coming out of the pandemic with all guitars blazing and ready to take on the world.

As you’d expect from a band of Wolf’s vintage they don’t waste a single second and opening track ‘Dust’ arrives with the force of a bullet from a pistol, and like seeing you reflection in said projectile, it hits the listener right between the eyes. The fact that the band don’t waste time on fancy introductions or such niceties makes ‘Dust’ all the more powerful. An insanely catchy riff sets the stage as drums pound out a warlike beat and guitars ring out like warning sirens. It’s a riff heavy number that finds Wolf on the front foot and it’s not until the three minute mark that a guitar solo appears, and when it does it’s like a viper unwinding from a coil. The soundtrack to a world perishing in flames ‘Dust’ offers little in the way of respite, just a full-on metal assault (which is the way it should be).

Wolf remind me of a heavy metal version of the Ramones; they know exactly what their fans want, and they serve it up in fine style. While snobs might decry a lack of progression, I find such an approach laudable (there’s nothing worse than your favourite band losing the plot) and Wolf are firmly rocking their “new-wave-of-old-school-heavy metal” groove. However, to claim Wolf haven’t evolved is misleading, as with their previous two albums Shadowland evidences a darker Wolf who’re exploring darker themes. The global pandemic seems to have informed the writing and recording of this album and Niklas Stålvind’s vocals sound far more world-weary while the whole band sound more petulant and angry and as you’d expect from a combination Shadowland sounds heavy.

Shadowland is a foot-on-the-monitor, horns-held-high metal fest and fans of Dio, classic Maiden and Mercyful Fate will find a spiritual home here. There’s nothing quite like the sound of a metal band in full flight and ‘Evil Lives’ bursts from my speakers like Judas Priest at their most vivacious but there’s more measured moments too, as with the epic title track and the sinister ‘’The Ill-Fated Mr. Mordrake’. You get the feeling that these songs will transfer very well to the live environment and I can almost visualise 1,000 souls punching the air and singing along with ‘Rasputin’. Shadowland works best when the band press hard on the accelerator and the penultimate ‘Exit Sign’ is an amphetamine charged rocker and sets things up nicely for ‘Into The Black Hole’. It makes for an ominous closer and brings Shadowland to a fitting conclusion.

A record full of light and shade it seems that Shadowland is the perfect title for Wolf’s ninth album. It finds the band on top form and will please their ever growing army of fans and should win them even more new converts. 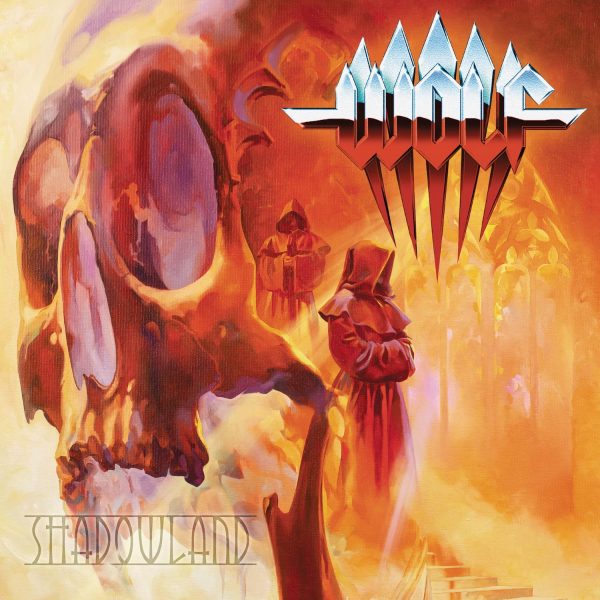