Formed in the mid-70’s Mansfield’s Witchfynde came to prominence via Tommy Vance and his terminally cool Friday Rock Show. Their 1980 debut album Give ‘Em Hell was a jewel in the NWOBHM crown and its aesthetics would go on to shape the fledgling black metal movement. Lovingly remastered and reissued by High Roller Records (on CD and vinyl) Give ‘Em Hell has never sounded better and should only increase its legendary status.

Housed in a jet black sleeve featuring a Baphomet beneath a pentagram you’d expect the sound contained within to be some kind of fire-and-brimstone thrash yet Witchfynde are far more nuanced. Existing somewhere between early Def Leppard and Iron Maiden (though not as poppy as the former or heavy as the latter) the band’s sound was hard yet accessible and best exemplified by opener ‘Ready To Roll’. Wheeling out the big guns it has a riff that rolls from speaker to speaker like a Sherman tank and drums that pound like cannon fire. Factor in some swirling solos from guitarist Montalo and some soulful vocals via Steve Bridges and you have a pretty heady concoction. Like much independent metal from this era the production is rather rudimentary yet it works in the album’s favour and ensures Give ‘Em Hell sounds as if it emanates from the very depths of hades.

With a riff that is the stuff of Tony Iommi’s dreams ‘The Divine Victim’ is a mean and moody number, both heavy and ethereal it’s suitably satanic and weaves a dark spell with a snaky solo that slides and slithers. Witchfynde had an expansive sound that pulled progressive rock elements into their sphere and that becomes most apparent on ‘Leaving Nadir’, a homage (or retread?) of Rush’s ‘Xanadu’, it’s a song of many suites and finds the band at their best and brings their prog leanings to the fore. Dropping below the expected standard ‘Gettin’ Heavy’, which defies it’s title, moves away from the satanic shtick and sounds a little out of place with its pub rock vibe. Things get back on track with the band’s debut single ‘Give ‘Em Hell’ which compares rather favourably with Diamond Head and rocks along at a frantic pace…that’s more like it lads!

Why Give ‘Em Hell didn’t propel Witchfynde to the next level is a mystery but signing with a label (Rondelet Records) who became known for punk didn’t help but, like many pioneers, they got usurped by those who followed and I’m sure Venom were studiously taking notes and amped up everything a few notches for Black Metal. ‘Unto The Ages Of Ages’ is bookended by two ferocious slabs of rock and places an evil incantation at its centre with words chanted over instrumentation that rises like smoke and, like the best heavy metal, transports the listener to another dimension. It’s back to the rock action for ‘Pay Now – Love Later’ (not as cheesy as it sounds) and shows what a tight rhythm section the band had in drummer Gra Scoresby and bassist Andro Coulton. ‘The Devil’s Gallop’ was a brief hidden track on the original album and gets old pretty quickly and was a slight mistake on an otherwise impressive record. Two bonus cuts bolster the album; the elongated ‘Tetelestai’ has a live feel while the bass heavy ‘Wake Up Screaming’ could easily have replaced the lightweight ‘Gettin’ Heavy’.

My original vinyl copy of Give ‘Em Hell (I’ll show it to you…but don’t touch) still gets regular spins but thanks to this definitive Deluxe Edition it can get a well earned retirement. 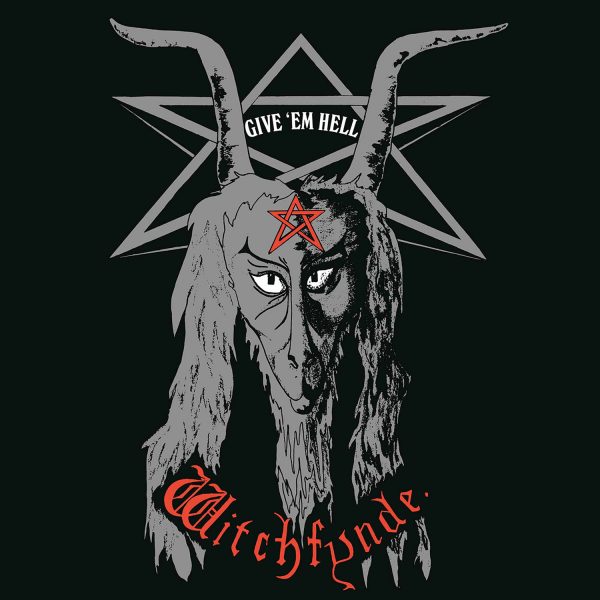