In theoretical circles, post- doesn’t just mean “after”. It means the point at which something finds its own limit and subverts itself. It goes beyond itself because its own principles turn back in on themselves. After a certain point (probably before the release of London Calling and after Never Mind the Bollocks, the only way to be punk was to reject the formula it had created and start screwing things up from the inside. A Hegelian negation of the negation, the negation of punk rebellion was not conservatism (which was punks own future) but a further more radical rebellion (Yes, I mentioned Hegel in a music review. You don’t get this on Pitchfork). An ethos which diversified itself through art school kids (Magazine), snot nosed kids (Public Image Ltd) and working class clever kids (The Fall) became a “Sound”. Nowadays Post-Punk means twangy angular guitars, mechanical drum beats and staccato vocals. And tiny jeans. Punk ate itself, then started to ruminate over the mush it sicked up into its own mouth.

Arguably, the first generation group that are copied the most from that movement are Wire. They created the sound we know now by the moniker “post-punk”. They did so, not by introducing new elements such as dub, funk or krautrock to their punk (as other great post-punk bands did) but by deconstructing punk from the inside. The stripped it down to its basic elements and displayed them systematically like the instructions of a DIY wardrobe (see their debut album Pink Flag) then spent the next four decades using the parts to construct new things, like IKEA-hacking for punks. Only a few bands have as coherent-yet-different run of albums as Wire have on their first three releases. As such, every new Wire album brings with it obvious questions: is this going to be a tired album that only remains Wire at the margins, or something as solid as the classics? And how do you remain faithful to what we love about them without just re-treading old ground?

The answer is the same: Wire do Wire and no one else. When you listen to their music – Mind Hive included – you think “ooooh, this sounds like [insert band name]” then realise you’re wrong. [Insert band name] sound like Wire (yes, Elastica – I’m looking at you for stealing “Three Girl Rhumba” and you are not forgiven). Even when they’re referencing their own past, they do it perfectly. Within the first four tracks we have moments that could sit easily among Pink Flag (abrasive single “Primed and Ready”), 154 (poppy single “Cactused”) and Chairs Missing (“Be Like Them”, which nods to the likes of “Practice Makes Perfect” or “I Feel Mysterious Today”, while the “Outdoor Miner” of the album appears in form of acoustic strum-along “Off The Beach”). In the middle we get some unWireish dreamlike numbers, which still retain something of their sound. This is not them branching off into another genre, like the 70s/80s habit of dinosaur acts producing an ill-advised reggae album; it’s an undermining of their own structure. Shimmer and echo aren’t things you associate with the band, but they deliver it with enough sneer and grimace to make it work, and repeat it in the bands closing number “Humming”. They look like they’re standing still because they’re not venturing off into new genres; they’re just not finished tinkering with what they started yet.

When post-punk sedimented into specific way of playing rather than a way of thinking (even if the thinking still exists in pockets of musicians like Black Midi or Girl Band), that exciting evolution of the punk spirit faded. Now that most punk bands end up playing festivals in twee villages- claiming that their subculture isn’t dead as they play dated songs about fighting/joining the National Front before returning home to an episode of Lewis– it’s nice to see Wire still producing music that doesn’t lose its roots but still tries to rearrange its own fundamentals. This isn’t Paul McCartney embarrassingly using autotune and a trap beat. This is a band knowing that the deconstructed parts of that DIY wardrobe have still got an infinity of possible combinations to work through before they finally give in, build it properly and put their instruments away inside. 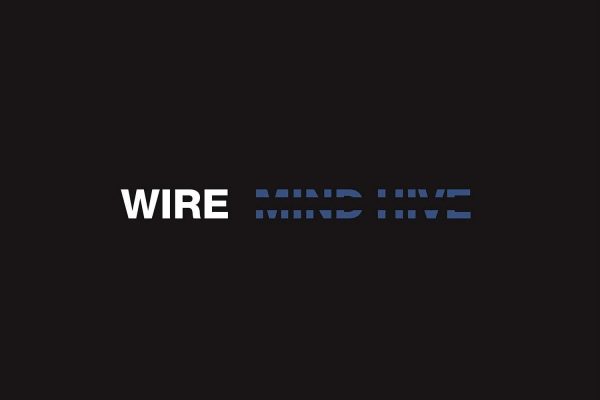