The world is slowly returning to something that looks like normality, and while some folk are now fully absorbed back into daylight, a few of us are still picking over whatever leftovers we have in our abodes in order to keep ourselves fed.  Picking over dead flesh has long been a staple of the music industry, and sadly this has bled into our local indie stores in the form of the utterly addictive but commonly derided Record Store Day.  Every year, hypocritical cynics like myself sneer at yet another barrage of needless David Bowie reissues and unnecessary demo/bootleg/outtake compilations from the Velvet Underground, while still queuing for hours to pick up something incredibly overpriced because we’re idiot completists.  This year, Record Store Day has been postponed, and who knows, perhaps cancelled because of The End of Days (reasonably so, I think) so many stars who were hoping to send us whatever they found down the back of the musical sofa are unable to do so.  That’s why Wire have gone “ah, sod it” and bunged it out what would have been a genuine RSD highlight for themselves instead of waiting.  And good for them!

10:20 is far from the average flogging of a dead horse in the name of keeping independent stores alive.  The band have taken a series of cuts from previous albums which have taken on a life of their own on stage, as well as unused demoes and, rather than just whacking them on an album, have rerecorded them instead.  The 21st century line-up is joined on 4 tracks by Margaret Fielder from Laika, and slides neatly next to January’s Mind Hive with ease. Not only do we get the benefit of having actual recordings of songs which fans have heard new versions of in a live setting only, we also get to hear “new” material, all with the bonus of sounding cohesive due to being recorded during the same sessions.

Despite being truly career-spanning, the selection of songs is less diverse than Mind Hive, which I reviewed at the start of the year and (I think) praised for the fact that they were mixing up various bits of the Wire sound throughout.  This album is more consistently on the side of their poppier moments (think “The 13th” or “Outdoor Miner”) even when they’re venturing into thudding-motorik territory.  I don’t mean to imply that this is a pop album, nor that there is something cynically commercial about the release.  In fact, it is Wire at their best: bordering on the frenetic but pinned down by mechanical rhythms in part, or hypnotically mechanical with the threat of breaking into a sprint, and all with incredible vocal hooks.  The perfect deconstruction of pop to its smallest elements, like Kandinsky as music.

What is great to see, especially for those of us who like early and late Wire without paying attention to the middle too much, there’s an excellent “reassessment” (their words, not mine) of their 1980s output.  “Boiling Boy” from A Bell is a Cup…Until it is Struck, “German Shepherds” from IBTABA, and “Over Their’s” from Ideal Copy all get a new lease of life and strip them of some of the less flattering production that tainted the earlier versions a little. However, these forays into previous works are rent asunder by “Underwater Experiences”, a track which was left off Chairs Missing, and which pounds at the listened relentlessly and blindly for two and half mechanical minutes, momentarily shattering the lighter strains of the album.  After this, some of the latter half can feel a little less forceful, but returning to them in isolation brings out their shining brilliance.

Let’s face it, we are all terrified that we will leave our homes and the world will be unrecognisable, and yet many of us equally dread returning to a life that was exactly the same as before.  It’s nice that Wire could revisit old material and produce something refreshing.  It’s what we need now, at this moment, this week: recognisable but not identical; broadly commercially available, but not complacent and bland; not something for everyone, but not something I have to queue from 6am to get hold of either.  While many artists and fans are picking over bones for scraps of meat, these guys have reanimated the body and let it speak for itself. 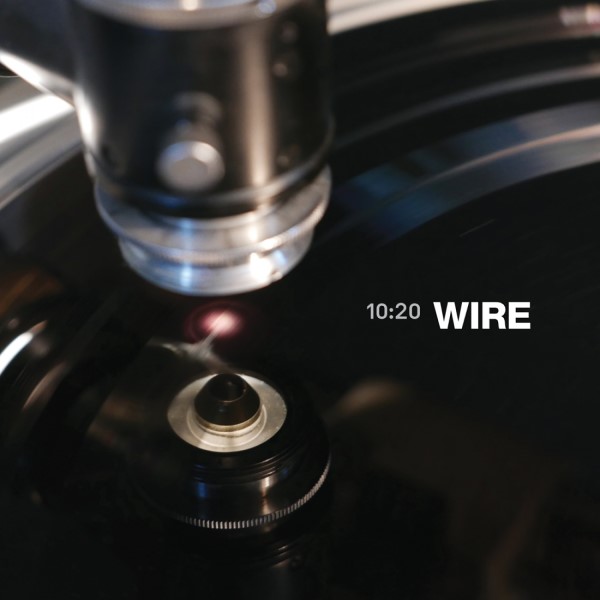