Since emerging onto the underground scene 12 years ago with debut album The Ghost of Heritage, Winterfylleth have been little short of a benchmark for consistency. The Reckoning Dawn is their seventh album and from the supercharged opener ‘Misdeeds of Faith’ the familiar refrains of Winterfylleth’s wintery blasts are back in the room.

Combining luxurious harmonies with distinctive tort cries, the northern heretics start to delve into the distant past, forging a frostbitten framework from which to hang their surging riffs and pummeling blastbeats. Winterfylleth’s last album was the acoustic folk offering The Hallowing of Heirdom and while rich in quality and emotion to have Chris Naughton leading the multi-vocal collective undoubtedly restores the band to the height of their full powers.

Winterfylleth have always offered a much broader and deeper soundscape than your average satanic savouring black metal crew. Their melodies will have the hairs on your hands dancing for joy while the deep spirituality that has always been such a part of their make-up again beats strongly across these eight tracks.

Tempo is everything, and Winterfylleth have always been able to assert pressure on the pedal with the same deft dexterity as a Formula 1 driver. On ‘A Hostile Fate (The Wayfarer Pt.4)’ they switch from dynamic speed surges to a warmer rhythmic groove, exemplary in both sonic shifts. The track closes with some of those wonderful ‘whoah’ chants that are staples of their live performances. 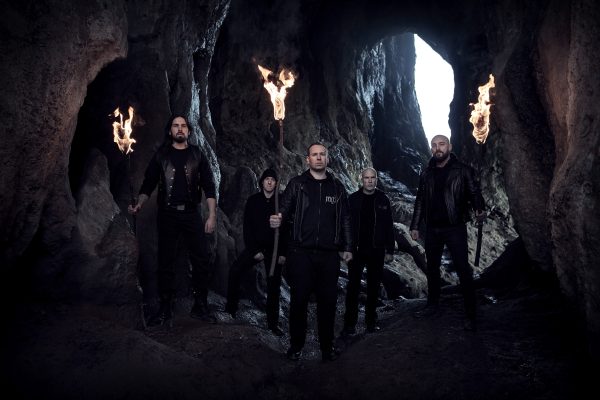 ‘Absolved In Fire,’ at 10 minutes in duration, is the album’s longest piece and stirs slowly into life with swooning keys and just flows effortlessly as though walking by the river on a blissful day, the water almost audible through the arrangement. Only when we reach the three-minute mark do things suddenly become more frantic as the blastbeats hammer home repetitively and then the screeches arrive to funnel the whole manic maelstrom seemingly over the edge of a cliff.

‘A Greatness Undone’ is another rousing composition, Dan Capp and Naughton forging an impenetrable barrier with their dynamic riff surges, the album’s other extended track, the closing ‘In Darkness Begotten’ puts the perfect seal on things, a stomping menacing throb with rasping sinister vocals.

This is a magnificent seventh album from our friends in the north – the equal of such previous masterpieces as The Mercian Sphere (2010), The Threnody of Triumph (2012) and The Divination of Antiquity (2014). Recorded and produced once again by Chris Fielding (Primordial, Conan, Electric Wizard) at Foel Studios in Wales, The Reckoning Dawn successfully scales the familiar soaring peaks that Winterfylleth always turn to for their atmospheric album artwork.

Released via Candelight Records / Spinefarm Records on 8 May 2020 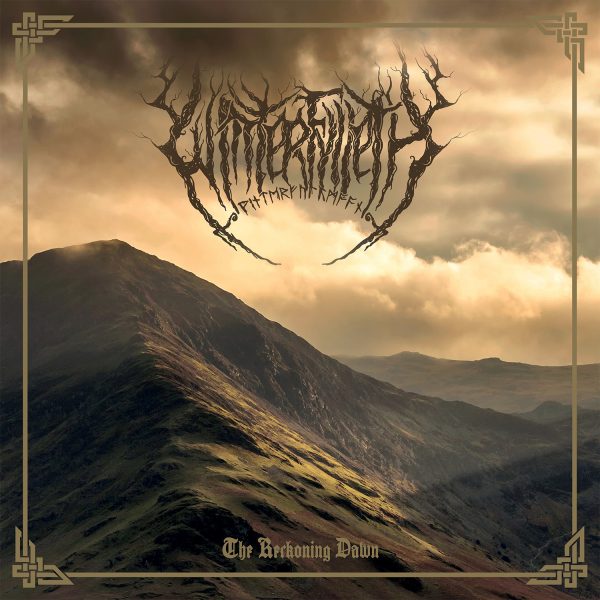