Boston five-piece Wilderun releases a new music video for their cover of Iron Maiden’s “Seventh Son of a Seventh Son” today via Century Media. Watch the music video, which is off of the band’s recent full-length album Veil Of Imagination, here.

“I originally chose this song as a cover because I felt like we could really give it the Wilderun ‘treatment’, if there is such a thing. Obviously, we are partial to longer and more epic tracks, so choosing this song just made sense. I always enjoy when bands make cover songs their own, and try to make it less discernible from their core discography than you might expect, so that’s what we attempted here. Much of the guitar work still pays homage to Maiden, but we tried to match some of the atmosphere of “Veil of Imagination” with the symphonic elements, so it feels like it belongs to that same world,” states Wilderun vocalist Evan Anderson Berry. 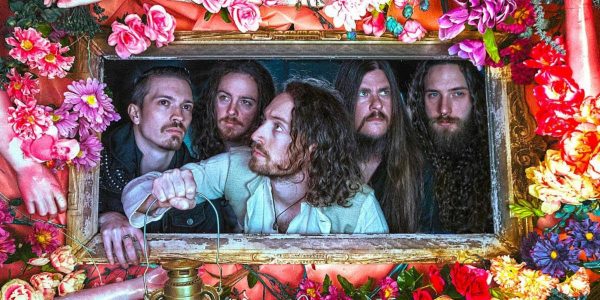 Just this past July, Wilderun re-released their third album Veil Of Imagination via Century Media Records. The album is available to purchase and stream HERE.

Formed in 2012, Wilderun have previously released two albums, 2012’s Olden Tales & Deathly Trails and 2015’s Sleep at the Edge of the Earth. With a slightly different approach to creating music, the forthcoming re-release of Veil of Imagination transforms and expands upon Wilderun’s already indefinable style, resulting in an album that is beautiful and fierce. Clean vocals transform into deathly growls as the band alternates between exquisitely-composed orchestrations and savage metal, all executed with technical prowess. Veil of Imagination is an epic, emotional and whimsical odyssey through landscapes of earth and mind.