Norwegians Wig Wam (definitely not to be confused with 1970s Finnish Prog Rock band Wigwam) probably first came to the attention of the world outside Norway when they finished 9th in the 2005 Eurovision song Contest, held in Kiev. Anyone who can get rock played at Eurovision is just fine with me, especially when they play highly melodic hard rock, heavily influenced by the likes of Kiss and the Sweet, and laced with a sense of fun. After four albums, they went their separate ways in 2014, after which singer Age Sten Nilsson collaborated with Eric Martensson on a couple of fine records under the name Ammunition. But in 2019 they announced plans to reform for some festival shows in 2020, although we all know how that turned out, I’m afraid, but the reformation had at least one positive outcome, a new album, the band’s first since 2012’s ‘Wall Street’.

All the original members are back, complete with their old stage names, Glam, Teeny, Flash and Sporty (Is this the right time to mention that they covered Mel C’s ‘I Turn To You’ on their first album?), and, to a certain extent, it’s almost like they’ve never been away. I say ‘almost’, because from the very first listen, the impression is that the band have toughened their sound up more than a little. After the brief instrumental introduction, the first single ‘Never Say Die’ is a bit of a surprise if you were expecting something along the lines of ‘Do Ya Wanna Taste It’. That’s not to say this is a bad thing, it’s a good song, with a great chorus, and the following track, ‘Hypnotized’, is even better, entering the stage almost in the vein of classic era Whitesnake before some serious riffing from Teeny (or Trond Holter, as his family know him).

After such a good opening, things do tail off a little, ‘Shadows of Eternity’ is a faster song,and the second single, Kilimanjaro’, can’t quite make up its mind if it wants to be a Europe song or a .38 Special one, and then ‘Where Does it Hurt’ comes across like something off an Axel Rudi Pell album, with Teeny soloing for all he’s worth and Glam doing his best Johnny Gioeli impression. The oddly titled ‘My Kaleidoscope Ark’ follows, a lighters aloft ballad, with another big guitar solo, but having such an unwieldy title does make the chorus a little awkward.

‘Dirty Little Secret’ takes the pace back up and is another hugely enjoyable, old fashioned hair metal romp, even using the phrase ‘heavy metal lover boy’ several times without any sign of embarrassment, but ‘Call of the Wild’ starts off really intriguingly, with its sinuous  bass intro, and a great riff, even if the rest of the song doesn’t quite live up to the intro. ‘Hard Love’ is a song that could easily find its way onto a Whitesnake album, and the chorus is just asking the crowd to join in on the ‘Woah-Oh’ part. One of the best songs on the album, although it has an oddly abrupt ending.

All in all, ‘Never Say Die’ is a solid and enjoyable melodic rock album, there are some good songs here, although it does wander about between a few styles, and it often raises a smile, which is never a bad thing. One thing that bothers me is that you often seem to be thinking ‘Ooh, that bit reminds me of…’, as with the longer instrumental ‘Northbound’, and I do miss the sense of trashy fun that the original incarnation of the band had. But equally, they deserve respect for making the album they want to, rather than pretending the last eight years never happened. More power to them. 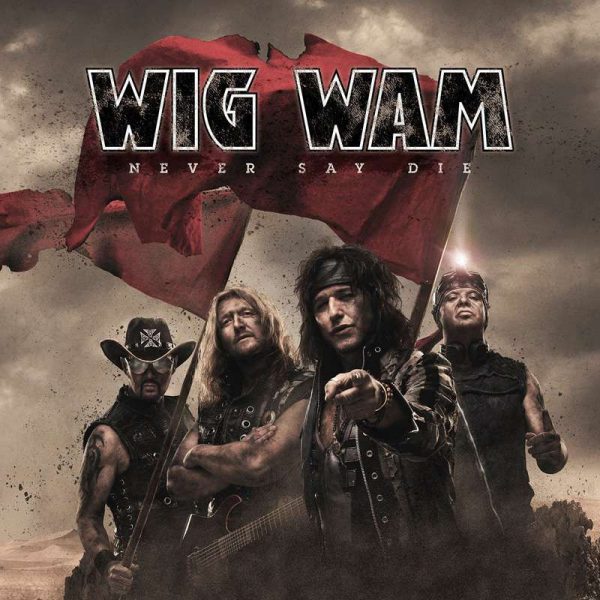