Belgium’s WIEGEDOOD are set to release their upcoming album There’s Always Blood At The End of The Road on January 14, 2022.

The band comments: There’s Always Blood At The End Of The Road focuses on the filthiest and most disgusting parts of human nature and society. It steers clear from the typical Black Metal themes and concepts, instead zoning in on the struggle we lead within, trying to overcome the fact we are all made from that same filth.

“Exploring places the previous trilogy didn’t even scratch the surface of, both lyrically and musically. A first-hand look into pure disgust, a psychotic ride with synths, tape-recorders, hot club jazz and distressing samples. A definite switch from our previous work, a dark turn into something unexpected and unwelcome.”

Being dedicated road dogs the band will embark on a European tour following the release of the album. The first segment of which will be supported by Portrayal Of Guilt. 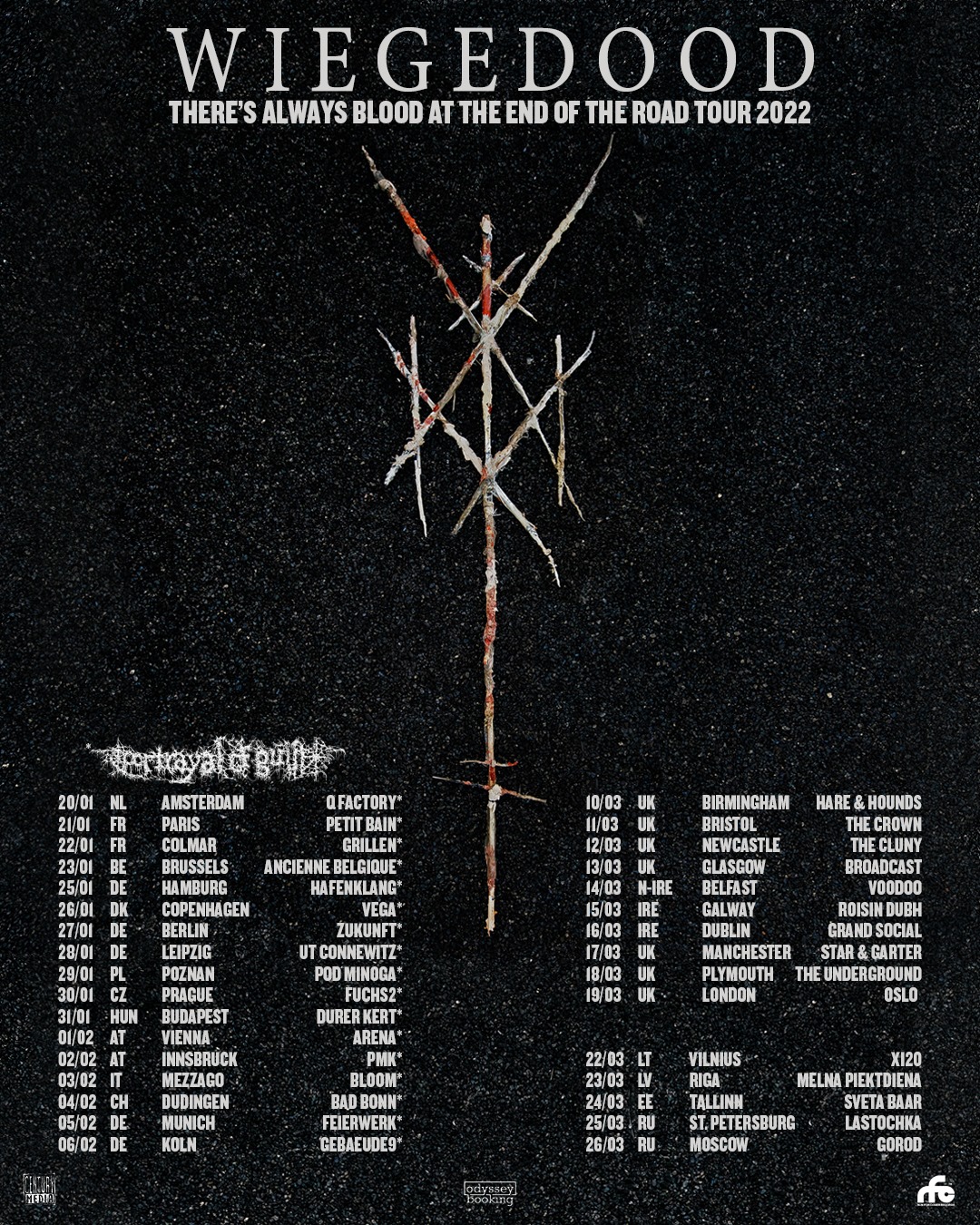