A great tribute to the music and members of Deep Purple…

Whitesnake are back, this time with The Purple Album, a tribute to Deep Purple following David Coverdale’s incumbency during the 1970’s. After the death of Deep Purple Keyboardist Jon Lord in 2012, David got back in touch with Ritchie Blackmore (guitarist), who he says he owes his career to, after last speaking to him 30 years previously after a punch up. They buried the hatchet and were on the verge of creating an album, but it fell through after failing to agree on a musical direction. After being spurred on by an idea from his wife, David decided to create an album with his Whitesnake band mates using Deep Purple songs. Still firmly focused on the double-guitar thrashing of Whitesnake, they also had a guest keyboard player, as it was Lord’s signature Hammond organ sound that was a huge part of Purple.

‘Burn’ starts the album off with a powerful blaze, standing up to the other heavy-hitting numbers like ‘Lay Down Stay Down’ and ‘Lady Double Dealer’, while ‘Soldier Of Fortune’ is more mellow, allowing Coverdale a restful moment to soften his vocals amid the ripping and roaring of the rest of the album. Obviously still in great shape, Coverdale shows his ownership of the classic Whitesnake sound during final track ‘Stormbringer’ which begins with a dramatic rumbling of thunder then erupts into the opening guitar, equally as electrifying. His growling vocal blends perfectly with the hard rocking feel of this one, to watch live would be an experience. The album ends on just as much of a high as it starts. A huge injection of energy into the songs, some of which are 40 years old, this is a great tribute to the music and members of Deep Purple. 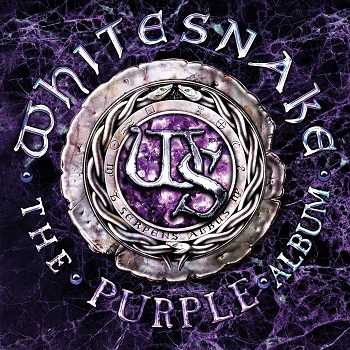