As anticipation grows around Whiskey Myers’ sixth studio album Tornillo, set for release July 29th via the band’s own Wiggy Thump Records with distribution by Thirty Tigers, the group celebrated by Esquire for their “straight-up, booze-swilling, highway-driving, heart-on-your-sleeve, blood-on-your-knuckles country music” is back with even more new music with the release of new song ‘Antioch’. 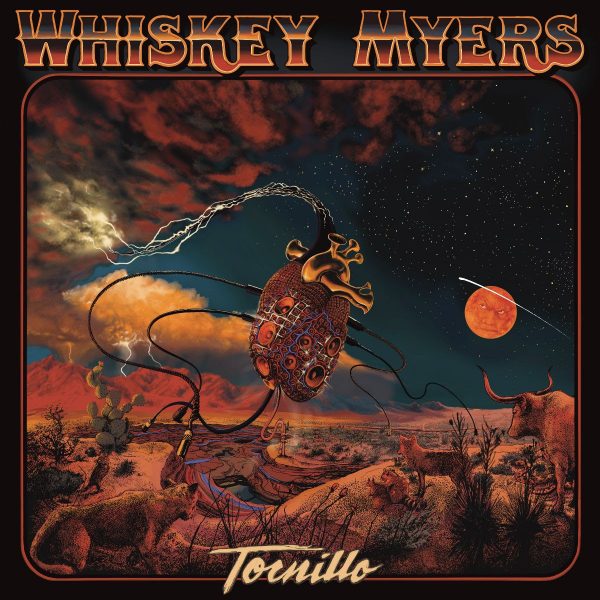 Carrying forward the horns and gospel-tinged background vocals first introduced with lead single ‘John Wayne’, which prompted MusicRow to proclaim, “The six-piece band has taken their over a decade in-the-making foundation and pushed themself to explore new sonic landscapes,” ‘Antioch’ offers yet another peek at the music to come on this summer’s full-length project.

Written solo by lead singer Cody Cannon, the heavy lyrics paired with a pulsing rhythm and fuzzed-out vocals on the four-minute rocker chronicle a young man’s journey through life anchored by growing up in an abusive home; from joining the military to getting in trouble with the law, all as he reckons with his violent paternal heritage:

Tornillo offers the next chapter for the six-piece band that Cowboys & Indians declares is “on a course toward massive success” with Rolling Stone praising Whiskey Myers’ signature ability to “successfully blend hard rock and country twang” in a way that makes them “just as compelling, hard-rocking, and genre-crossing on record as they are onstage.”