Formed in Bragança, Portugal in 2018, the aptly titled Whales Don’t Fly have a sound as big as their name suggests. Adding a progressive edge to heavy metal (with the emphasis on heavy) their debut album The Golden Sea is a fully-fledged concept album concerning a man’s journey on an epic quest. The music contained within is equally lofty and The Golden Sea already stands as one of 2022’s key releases.

Setting a rather ominous tone is the spoken introduction ‘Ancient Mystery’. Bubbling as if from the ocean’s very depths, it’s a brief piece of narration that’s told like a Grimm folk tale and it lulls the listener into a false sense of security, it’s strangely serene but the still is soon shattered by the arrival of opener proper ‘Man And The Pilgrim’. Packing a hefty punch, it’s chock full of chugging riffs and pounding drums and is guaranteed to shake anyone from slumber. The vocals veer between clean singing and a throat-shredding roar whilst gnarly guitar solos bounce from speaker to speaker and the result is a song that constantly repositions the listener. It’s a relentless sonic assault and it’s one that ululates like a ship on a stormy sea.

Writing concept albums can be a risky business as bands can get bogged down in the storyline rather than focusing on the actual songs so I’m pleased to report that The Golden Sea achieves both. Each song exists on its own yet perfectly slots into the overarching tale. As befitting such a weighty concept, the songs are equally heavy and evoke the feeling of something so vast and immovable it can barely be comprehended. Yet, Whales Don’t Fly are a nuanced beast who aren’t all pure bludgeon. There are quieter passages too, like those found on ‘Journey Begins’ which act as a foil to make the heavier sections all the more weighty. Or take ‘Dream Walker’ for example, which starts rather serenely before layers of sonics are added, almost imperceptibly, until it subsumes the listener in a sea of sound.

Like the sleeve in which it is housed The Golden Sea is an album that’s rich in symbolism and no more so than on the haunting title track. Very progressive in its employment of time changes as it shapeshifts over the course of eleven-and-a-half minutes. Beginning with light middle eastern flourishes ‘The Golden Sea’ soon pulls some nifty riffs out of the bag along with some of the best guitar solos heard this side of the millennium. Factor in some swirling organ and basslines which anchor the song to the oceans bed, and you have an evocative soundscape that’s designed to transport you to another dimension. Bringing the album nicely full circle is ‘Mother Nature’s Widow’, an ominous track that, like a punctured raft, is gradually subsumed by the ocean.

Raging Planet certainly have their finger on the pulse and like Music For Nations or Earache in their prime they’re becoming the litmus test for all that’s good and heavy and in Whale’s Don’t Fly they’ve found the future of heavy metal. 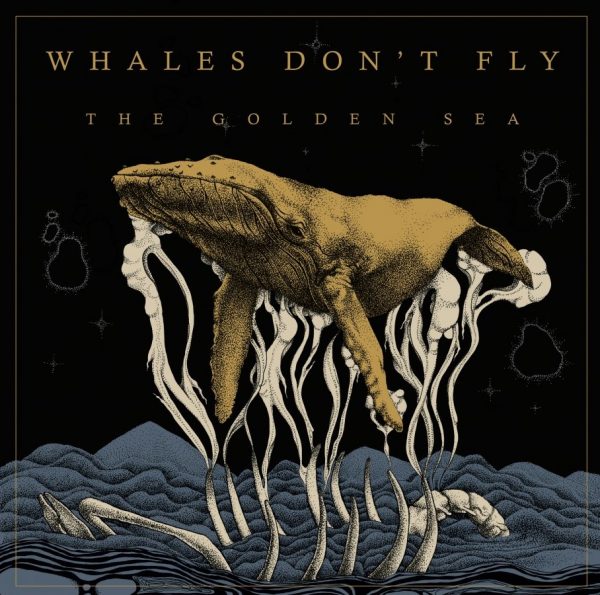