Some music is so far ahead of the curve that time is yet to catch up and that’s certainly the case with Watchtower’s second album. While bands like Metallica and Death had introduced technical elements into their sound this Texan quartet took things to a whole new level. Due to its futuristic, complex nature Control And Resistance flummoxed many critics when originally released but this timely reissue seems sure to garner some long overdue praise.

Control And Resistance had something of a difficult birth, but you’d never guess by listening to opening shot ‘Instruments Of Random Murder’. Not a single second is wasted on fancy introductions just a rockfall of a drum roll that’s accompanied by one of the heaviest riffs known to man. Like a silver ball bouncing between pins in a penny arcade Watchtower’s sound fractures in several directions. Full of dizzying time changes and musical twists and turns it demands your full attention; Control And Resistance is not the type of album you play as background music. Part of the joy found herein is never knowing on what tangent the band will go next and the only guarantee is that it’ll be totally unexpected. Watchtower play with an almost free form jazz sensibility and I’m sure if Miles Davis had turned his hand to technical thrash it would have sounded a lot like this album.

Watchtower had trouble finding the right producer for this project but Tom Stokinger proved to be a wise choice. His production is crisp and clear and puts all the instruments on an even keel which allows each musician to display their virtuosity. Guitarist Rod Jarzombek has a tone that reminds me of Steve Vai, he’s equally dexterous and is all over the fretboard like a rash. Doug Kayser plays his bass like a lead guitar as drummer Rick Colaluca tears up some insane rhythms. Such a sound is seemingly impossible to sing over but somehow Alan Tecchio does. Using his voice like an instrument he extends notes and displays an impressive range and, rather than mirroring the beat, his vocals float atop; as if a noxious cloud. Watchtower’s greatest collective achievement is making complexity catchy and Control And Resistance is rendered one long earworm.

While not a concept album per se there’s a dystopian theme running throughout that creates a unified feel. From the tale of nuclear meltdown that is ‘Mayday In Kiev’ to the technocratic nightmare that closes the album (‘Dangerous Toy’) Control And Resistance paints a chilling picture of a not too distant future. I’m detecting a definite Rush influence on ‘The Fall Of Reason’ (which in turn would influence Dream Theater) with the guitar creating an ethereal vibe that’s abruptly shattered by some Priest style staccato riffage and it makes for an interesting juxtaposition. By the time we reach the aforementioned ‘Dangerous Toy’ the listener is left a little stupefied by the mastery on display; it’s the musical equivalent of a riddle wrapped in an enigma but you’ll have great fun trying to unravel it.

Those making their acquaintance with Control And Resistance for the first time will probably have to listen a few times before fully appreciating its brilliance while those already familiar will revel in this timely reissue. A metal masterpiece. 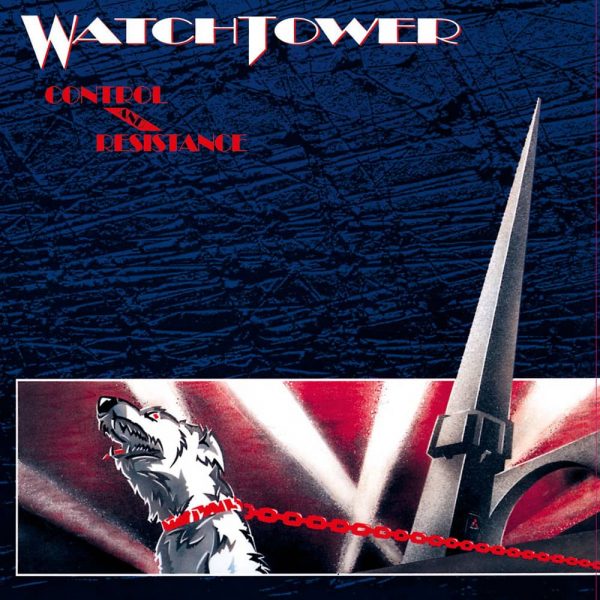