Review and photos by Lisa Billingham

By the time doors opened, I was beginning to wonder just how full this place was going to be and praying for more to come.   Then suddenly they all appeared and by the time The Treatment came on stage just shy of 8pm, Wulfrun was already three quarters full.   I have photographed these guys several times over the past few years supporting many and also headlining their own tour in 2014 and I know, whilst probably no more than 30 minutes long, this set will be “full on”.

In true Treatment style, they hit the ground running with ‘Let It Begin’ and Swoggle aka Rick Newman endlessly goading the crowd for a response and this carried on throughout the set.   This year has seen a bit of a regrouping with the departure of Dee Dammers and Matt Jones, but having said that Tao Grey (yep you got it, brother of Tag) stepped into the guitar shoes and has really added his touch to that spot, with some excellent fret work.

The abundance of energy and enthusiasm that The Treatment exude always amazes me … they just don’t stop. With Dhani keeping everyone on their toes with a thumping beat, tracks like ‘The Doctor’ and ‘I Bleed Rock & Roll’, had Tag and Tao move around the stage, interspersing their time with Mitchel Emms, the new vocalist.

A very confident looking Mitchel stands front and centre leaning out to the crowd. His voice has encompassed The Treatment sound very well. It was also good to hear a slightly different version of ‘Emergency’ (always been one of my fave tracks) which was probably better suited to Mitchel’s vocal style and range. ‘Shake The Mountain’ brought the set to a close and got everyone singing.

These guys have amassed some excellent videos that accompanied their 7 single releases, have two fantastic albums with, I hope, another on the way very soon, and they’ve always filled the venues with a good following. So why was I answering questions about this mind-blowing UK rock band from people who had still never heard of The Treatment.   Time to crank up the PR perhaps. 2016 looks very promising !

Then came W.A.S.P. with the “The Bloody Road to Golgotha” tour introducing the long awaited album; Golgotha. By now there wasn’t any space to be had with people in doorways and the bar craning their necks to see Blackie Lawless. Backdrops lit up and showing video clips and images from over the years, W.A.S.P. came onstage to a tumultuous sound from the crowd. Facing the back of the stage, his arms coming up higher and higher, increasing the anticipation, he strutted his way to the mic and straight into ‘On Your Knees’ and despite having had badly broken his leg in recent years, you really wouldn’t have guessed as he moved around quite easily.

Blackie also took a little time out to explain what had happened over the last few years; his accident, the new album and the question of a girl who apparently asked him “if an album plays for an hour, why can’t you record it in an hour”. Yeah right! His face said it all.

This band had an outstanding light show and combining it with the backdrop made for good viewing even if you were standing at the back. Whilst Blackie sang his way through tracks old and new effortlessly, Doug Blair played that guitar like it was his last gig, bounding around the stage and proving that he still had those backing vocals, Mike Duda’s bass was enough to vibrate the plaster off the walls. From the pit all I could see were a mass of singing faces. They just loved it !

W.A.S.P. may have been missing in action over the last few years but rest assured, the fans never left them. Being in the Wulfrun tonight vouched for that! 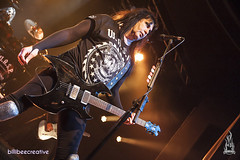 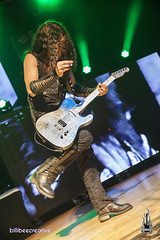 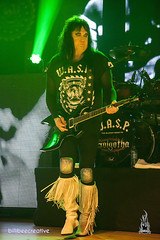 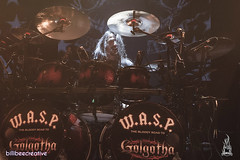 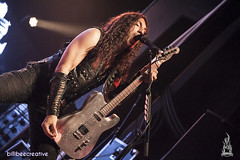 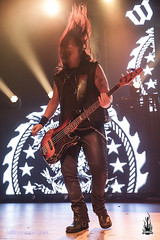 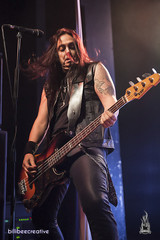 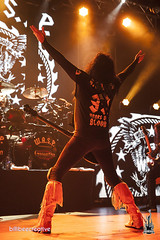 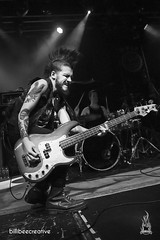 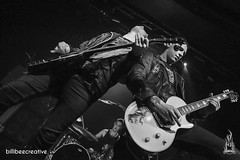 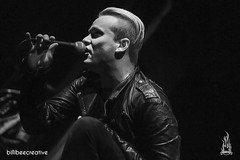 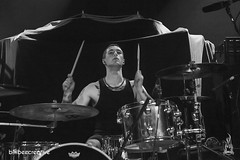 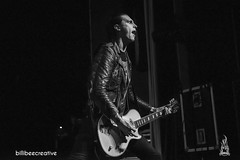 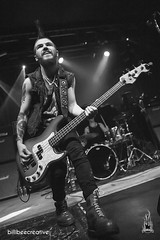