Wars have released a video for their brand new single ‘Grief, They Named It’. The track is the first song to be taken from ‘Chapter Four’, the final instalment of new music from their upcoming album A Hundred Shivers out November 26th via A Wolf At Your Door.

From passionate and pained verses to beautiful yet biting choruses, ‘Grief, They Named It’ is an evocative post-hardcore tale that touches on the many facets of loss. Accompanied by a warm and kaleidoscopic video, the track serves as a poignant reminder that no matter how hard grief can be, there is always a way through the pain.

Vocalist Rob Vicars comments, “‘Grief, They Named It’ is about reaching a point in your life where everything has changed, and where we’ll go next, we don’t know. We experience grief in so many different ways, it permeates our emotions whenever there’s significant change or loss, and this song talks about sort of submerging yourself in that and, eventually, coming out of the other side. 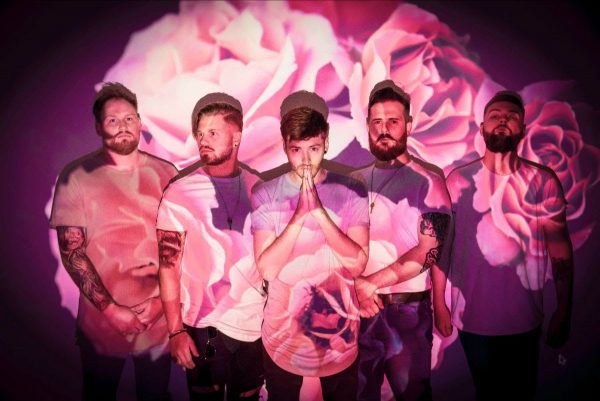 “It’s a song we wrote what feels like a long, long time ago now, and to kick off Chapter Four of A Hundred Shivers with this, with its heavy shoulders but distant glints of hope, feels right. We’re super excited to get into this Chapter and are desperate to put these songs on a stage as soon as we can.”

Wars released ‘Chapter One’ at the very beginning of last year, which is made up of the tracks ‘Only Monsters’ and ‘A Fog Of Feeling’. ‘Chapter Two’ arrived a few months later, which was comprised of ‘Murmurs’ and ‘I Don’t Feel A Thing’, and ‘Chapter Three’ dropped earlier this year showcasing ‘A Hell Behind My Eyes’ and ‘High Art, Low Culture’. ‘Grief, They Named It’ is the first excerpt from ‘Chapter Four’, the final instalment that completes their upcoming second album A Hundred Shivers.

“A Hundred Shivers began life as this expansion of the ideas we started with on the EP, ‘As Within /// So Without’, and it’s grown and snaked even broader than we originally thought it might. That idea of internal chaos and disorder reflecting out onto the world around you remains, and we talk within that about the relentlessness of just existing in society now; the impact losing yourself has on those around you; escape; guilt; fear… We’re still in awe of the fact we get a platform to go all in on these ideas and bring them out.”

Releasing an album in ‘chapters’ may be untraditional, yet according to Rob, that was part of the appeal. “It means we can wrap all our little communications around each individual selection of songs really tightly, and be creative in a tonne of different spaces, all over the course of this one record.

A Hundred Shivers is being produced by Matt O’Grady, who has also worked with Architects, Don Broco, Deaf Havana, and You and Me at Six.