‘Legendary’ is a word that’s thrown around with reckless abandon nowadays but in the case of Walter Egan it’s perfectly apt. For over four decades he’s been releasing quirky and compelling albums and his latest, titled Fascination, stands proudly with his best.

Something of a love letter to super-groupie Pamela Des Barres Fascination could be construed as a concept album and there’s a tangible thread that runs throughout and gives the constituent parts a unified feel. Dripping with Americana ‘I’m With The Girl’ is the opening cut and it’s immediately obvious as to where the likes of Tom Petty sourced their sound and the stream flows back to Walter Egan. ‘I’m With The Girl’ has a lazy, laid back vibe that leaves a tempting trail of chords which finds one totally unprepared for the sudden burst that is ‘Miss Pamela’. The albums lead single, it’s a rocker that’s reminiscent of early Beach Boys (only more racy) and it skips like a stone skimmed over a lake.

Fascination finds Walter drawing upon decades of experience which renders this album a multifaceted listen visiting all points of his career from The Doors tinged, other-worldly ‘A Fool In Love’ to the Phil Spector wall of sound that encases ‘Lovers’. Recalling that classic West Coast rock sound ‘Lovers’ is a beefy number that’s not dissimilar to Shocking Blue or Spirit. Exploding like a party popper and spraying colour in every direction ‘Yesterday, Forever & Today’ is a jaunty little number that sits easily on the ear and, in another sonic shift, the good time foot stomper that is ‘Fading Love’ brings to mind the boogie of Chas n’ Dave (really!).

If you approach this album with preconceived ideas of what a Walter Egan record should be then your notions will be shattered as ‘Waking Up To You’ wraps itself in shades of psychedelia while Walter takes on Elvis (that’s Presley not Costello) and wins hands down with the rockabilly-ish ‘Treat Me Nice’. There’s raw garage rock on ‘Gestures’ and things veer towards the alternative on the darkly delicious ‘Pride’ but hey, if you’re releasing an album about just one woman, this kaleidoscopic approach is pretty mandatory. ‘Hell, I Know It’s Over’ is a sagacious closer and brings Fascination to a rather thoughtful conclusion as Walter’s vocals fade ominously into the ether.

The understated Walter, writing songs about the larger than life Pamela Des Barres, might sound like a contradiction but it’s a mixture that, like fire and ice, works rather well. After four decades of releasing music Walter Egan is still sounding fresh and vital and Fascination finds him drinking from the cup of eternal youth. 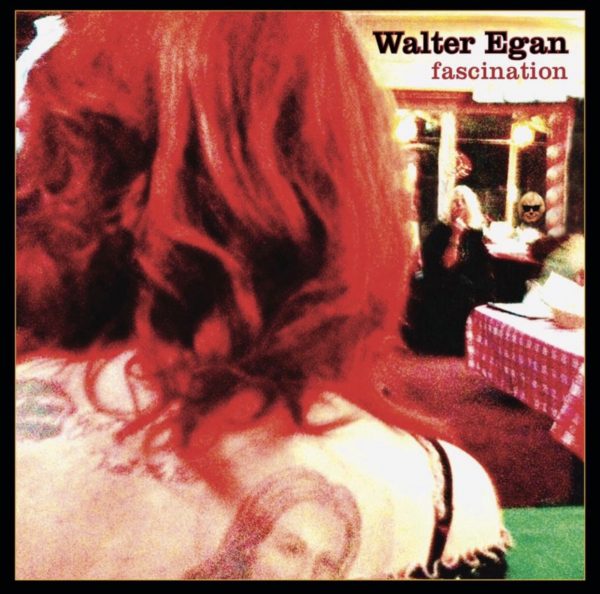