Vouna is a project that’s entirely composed and performed by multi-instrumentalist Yianna Bekris. Taking her love of Finnish funeral doom, Eastern European black metal and Greek folk music and welding it to a synth laden sound Vouna is an album that’s shrouded in atmospherics whilst retaining a huge, crushing sound.

The influence of her Cascadian surroundings cannot be over emphasised in helping to create an album which gives the impression of something so mighty as the oceans, so vast as the sky and so weighty as gravity. It’s all-encompassing and can leave the listener dwarfed beneath its monolithic enormity.

‘A Place to Rest’ opens the album with an ethereal, melancholy vocal, at first solo then floating over a discordant guitar line until a blast beat punctures the calm like a crack of lightning. It’s the only blast beat on the album but it nevertheless resonates through the record and it’s typical of the almost classical feel in the manipulation of sonic dynamics as epic passages nestle next to quiet interludes. Up next ‘Cattle’ is a journey in itself as black metal atmospherics give way to an acoustic guitar motif before a musical maelstrom erupts and swirls like an unruly storm. These sudden shifts in timbre force the listener to constantly re-evaluate and engage with the music. Vouna is not background music.

When writing this album Yianna aimed to create a post-apocalyptic soundscape which encapsulates the experience of the last surviving human and that remit has been achieved.  With vocals that seem trapped beneath a wall of guitar ‘Last Dream’ is a near perfect serving of funeral doom. While much black metal can seem ice cold and brittle Vouna positively glows with a warmth primarily due to the folk infused textures that permeates the haunting ‘Drowning City’. With a cascading forward motion ‘You Took Me’ is an epic closer with razor sharp guitars which cut through the antiquated synths while sorrowful, funereal vocals take you by the hand and lead you towards a fading light.

An impressive debut from Vouna who has produced an album of five songs which gel together as a coherent whole and it’s sure to appeal to fans of Myrkur while attracting many new admirers. 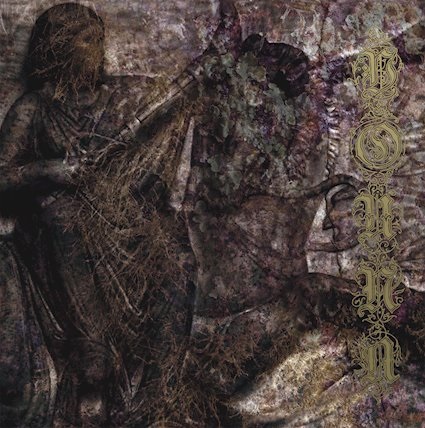