Something wicked this way comes…

Taking shape in 2015 as mainman Adlan locked himself away with cosmic horror and the mythological and demonological deities of his homeland, Malaysia’s Voidnaga is upon us with its debut demo, MMXVI. Drawing on his capacities as musician, as songwriter, and as crafter of densely layered and richly textured structures, it’s an absolute monster. The tribal, eastern folk that opens ‘Intro (The Coronation)’, while enchanting, is particularly unsettling. There’s a charm and a beauty to the atmosphere of this piece but the gently echoing percussion that slowly quickens as it progresses bears a menace that foreshadows something wicked.

And so, with ‘Emanated Light Towards Chaos’ comes the acrid and the coarse implied in the fabric of the intro. For around two minutes, Adlan drags us through a wave of doom-tempo, death-driven sombre chords into the very depths of Malaysian magick before the hellish gates to destruction are opened and a deluge of black / death metal is let loose. Against this blazing backdrop, Adlan’s demonic vocals burn with an eternal fire, the sounds emerging from some cavernous underworld. Chilling stuff.

Delivered at high speed, the death-like majesty of ‘Haze Bore Darkness’ draws on the brutal grandeur of black and death metal for a devastating two-minutes before slowing for a densely-weighted mid-section that opens the track up to allow the light to augment its many shadows. And with the cacophonous death metal barrage of the closing minute, we are mercilessly consumed before Adlan draws all that he has exhibited together for the mighty ‘Those Who Dwell in the Halo Of The Sun’.

The otherworldly energies that Adlan has sought to give voice to could have no better channel. As demos go, this is far above the usual thrown together stuff that bands of a lesser capacities somehow deem fit to release. The production is solid and fortifies the atmosphere much better than the clichéd lo-fi approach many so easily lean on. Along with his song-writing skills and his use of dynamics and textures, this bodes well for Voidnaga. And the artwork is phenomenal too. A dark future awaits… 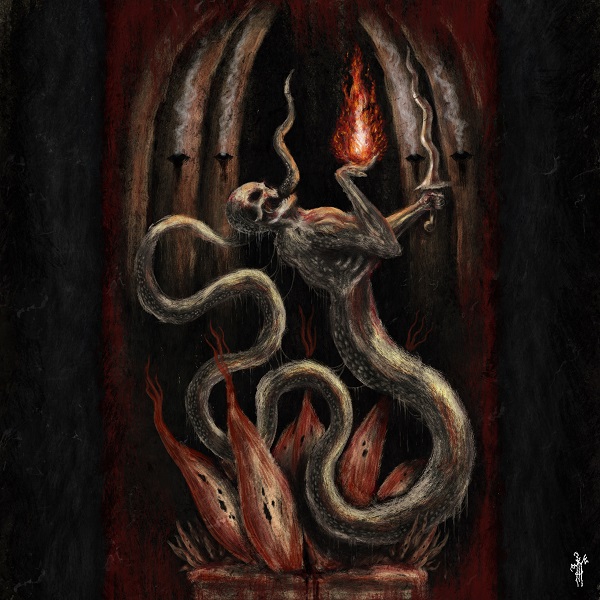