A decade is a long time in any game but in the world of heavy metal it’s an eternity. 10 excruciating years have elapsed since Sweden’s Vildhjarta released their debut album (2011’s Måsstaden) and it’s eagerly anticipated follow up Måsstaden Under Vatten. The intervening period has created such an air of expectation that this sophomore effort has a lot to live up to. In many ways Måsstaden Under Vatten is a continuum of its predecessor, only performed by older (and wiser) musicians and the result is an 80-minute opus that sounds both familiar and strange.

Formed in Hudiksvall in 2005, Vildhjarta (Swedish for ‘wildheart’) are a band who play by no one’s rules but their own. Maintaining an air of anonymity, they’ve existed outside of popular fads and trends and their unique brand of djent still sounds timeless. Using tone and timbre to create an unsettling vibe opening track ‘Lavender Haze’ further enhances a feeling of discombobulation with its staccato riff and this disconcerting nature is only enhanced by its stalling, stop/start nature, it’s a track which attacks the listener from all angles to leave them dazzled and vertiginous. ‘När De Du Älskar Kommer Tillbaka Från De Döda’ (translates as ‘When The Ones You Love Come Back From The Dead’) follows and it’s as haunting as the title suggests. Heavy as hell, it seems to emanate from a dark, dank netherworld and comes replete with demonic, grizzled vocals.

Those new to Vildhjarta will probably have to play Måsstaden Under Vatten a few times to fully comprehend the bands modus operandi, but it’s certainly worth it. First listen is likely to be disorientating but each successive spin will, like a lotus flower, reveal new patterns and time changes. Drummer Buster Odeholm produced, mixed, and mastered this record and he’s done a great job in pulling all the constituent parts together and the result is an album that sounds absolutely humongous. This long player is split into two distinct parts; two long segments and, with spaces between tracks kept to a bare minimum, ensures it flows like a winding river. ‘Den Helige Anden (Under Vatten)’ could quite easily swing with Black Sabbath and, like Ozzy & Co., Vildhjarta make good use of musical dynamics by placing monolithic riffs next to ambient passages with each acting as a mirror to highlight the other.

Måsstaden Under Vatten is a continuation of its predecessor and tells the story of a fictional village (much like the tales from the pen of Kipling) and in that respect it can be viewed as a concept album. Writing such a record can be a risky business as bands can get bogged down in a convoluted story and at the expense of songs. No danger here as each of the 17 tracks can stand alone whilst also fitting into the storyline arc. Album closer ‘Paaradiso’ is a 10-minute behemoth that brings out the band’s progressive roots. A song of many suites it takes on different forms, chameleon-like, and a brutal heaviness is what stitches it together. It’s akin to lying beneath a huge slab of concrete and its oppressive weight, vast and immovable, hangs heavy. It’s the only way this album could finish and, as the final power chord rings out, the silence that follows is positively deafening.

Any album that’s been coming for 10 years is going to arrive carrying a certain amount of baggage, a weight of expectation that’s sure to be hard to live up to. Måsstaden Under Vatten fully fulfils its remit and stands as one of 2021’s key releases. But hopefully we won’t have to wait a decade for the next instalment! 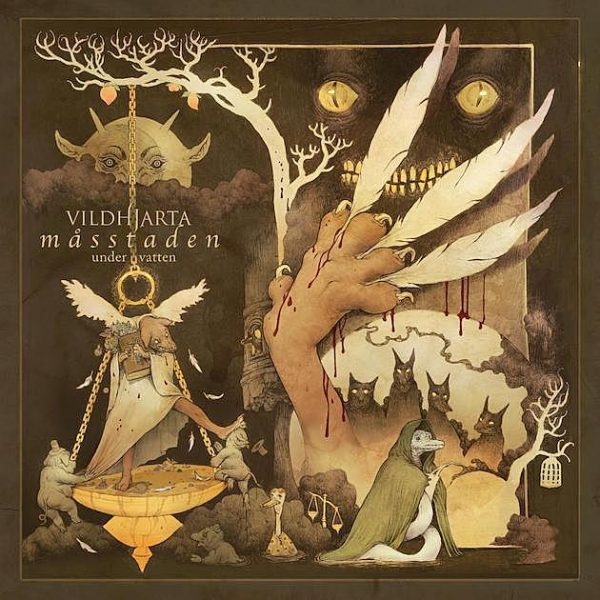