Is there a black metal band in existence who haven’t sited Venom as one of their main influences. The trio from the North East of England weren’t so much a part of the black metal scene, arguably they were its very instigators.

Combining the aesthetics, with the aural attacks and rolling the whole thing into a studded satanic ball, Venom’s influence travelled down the Tyne and soon infiltrated most of the planet’s waterways. Across Europe, the States and down into South America the name Venom stood for something special.

The band’s story is a remarkable one, beginning when understatedly named first singer Jesus Christ, stepped away from Venom’s vitriolic attacks before they’d even released their first record. In his wake, the defining Venom line-up of Cronos on bass/vocals, Abbadon (drums) and guitarist Mantas took a sledgehammer to whatever perceived musical boundaries were in existence at that time, unleashing debut album Welcome to Hell on the world in 1981.

A rousing blitzkrieg of speed metal, whipped up by some raw punk essence, Venom also firmly nailed their asphalt colours to an upturned cross with explosive opening tracks ‘Sons of Satan’ and ‘Welcome to Hell’.

Although not the first band to delve across into the dark side of the moon, Venom did it with relish, bible bashing their way through the likes of ‘One Thousand Days in Sodom’ and ‘In League With Satan’.

Keen to keep those early fires blazing, Venom’s sophomore album followed quickly, ‘Black Metal’ again showcasing their sound and stance to great effect. It’s fully 50 years now since that album was released, featuring timeless charred classics such as ‘To Hell and Back’ and ‘Countess Bathory’.

Not all anniversaries are worth recording, but this one indefatigably is and so BMG Records this week release a comprehensive six-CD box set that any Venom fan would gladly clutch close to their blackened heart.

Aside from the first two albums it also features third album At War With Satan (1984) and Possessed (1985) along with live recording ‘Eine Kleine Nachtmusik’ (1985) recorded at Hammersmith Odeon.

The final CD is a rarefied hotchpotch of demos, church hall rehearsals and offcuts that while sandpaper rough in places, also reveal more of that early spiky energy that set Venom on the road to global recognition. This sumptuous collectors’ item also features a DVD of the Hammersmith heaviness.

Today, Venom continue to perform to massive crowds with Cronos at the helm, although Abbadon and Mantras now operate under the Venom Inc. tag, and have themselves just released a new album in There’s Only Black.

This boxset, originally released in vinyl form only in 2019, transports you back to those influential tectonic plate shifting early years.

As mentioned at the start, no BM band is likely to overlook Venom when it comes to paying their dues, this quote from Mayhem’s Necrobutcher neatly summarising their part in black metal evolution.

“I didn’t know it back then because everything was fresh. We didn’t know what we were looking for, but when I heard Venom, that was it.” ‘Necrobutcher’ (Mayhem) 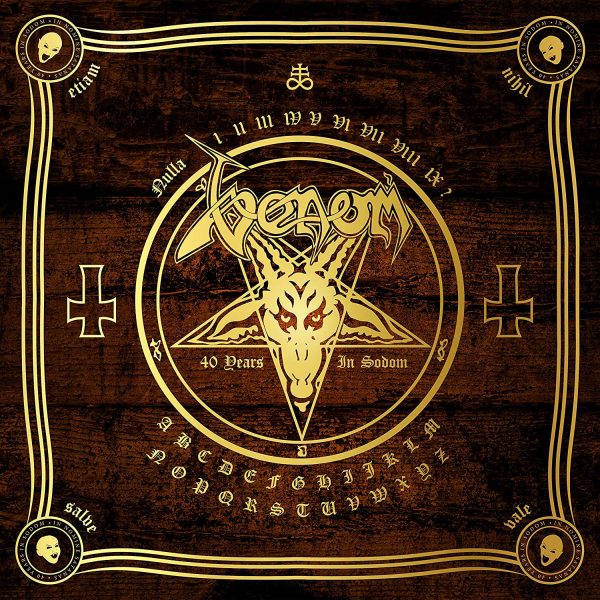