Formed in Holland as Teaser in 1977 things really moved for the band when guitarist and songwriter Adriaan van den Berg rechristened the group Vandenberg. Scoring a deal with major label Atlantic the band soon lit up the 1980’s with their explosive brand of metal. Collected here (along with a bonus disc of rarities) as The Complete ATCO Recordings 1982-2004 the band’s three albums stand tall as some of the decades best and, if you’re new to the Vandenberg’s virtuosity there’s no better place to check them out than with this lavish set.

Surely one of the most underrated debut albums Vandenberg was hard yet accessible and succinctly set out the bands stall and introduced itself with the sultry ‘Your Love Is In Vain’. Sauntering with a nonchalant swagger it is heavy on the blues and with an equally vivacious beat it’s catchy as hell and will have all but the infirm up and grooving, but things really burst into life with the hard-hitting ‘Back On My Feet’. Preloaded with a cool shuffle ‘Back On My Feet’ is a lithe prize-fighter and with some powerhouse drumming from Jos Zoomer it dances all over the shop. An acoustic intro sets the stage for ‘Wait’ and it is the perfect vehicle for Adriaan’s silky skills and could quite easily give Van Halen’s ‘Spanish Fly’ a run for its money, and it is patiently obvious why David Coverdale constantly courted Adriaan to join Whitesnake.

It seemed that Vandenberg had a sound and a look that was tailor made for the nascent MTV and a slick video helped the ballad ‘Burning Heart’ crack the US Top 40. However, this album works best when it rocks out and ‘Ready For You’ certainly does that and, with all three band members providing backing vocals, it has a stadium filling sound. ‘Too Late’ is a nifty number that swings with an almost jazz sensibility and finds vocalist Bert Heerink in fine fettle. Recorded at Jimmy Page’s Sol Studios Vandenberg isn’t as polished as you’d expect. Certainly not sloppy it nevertheless has a raw edge that recalls the more melodic end of the NWOBHM (think early Def Leppard or Heavy Pettin’) and makes for an exciting, edge-of-your-seat kind of listen. A rocket heading for warp drive is ‘Out On The Streets’ and finds each member pushing their instrument to the extreme and makes for an electrifying conclusion.

Following their debut by a mere 12 months Heading For A Storm found Vandenberg back at Sol Studios and sounding much more confident and self-assured. Opening with a riff to die for ‘Friday Night’ captures the excitement of said evening and there’s something strangely life affirming about its effervescent nature, and it certainly gets the endorphins flowing. The keys are more prominent on this album and that’s always a risky move, they can often dilute a powerful sound, but here they provide another layer and make Heading For A Storm a rich and textured listen. Between albums the band toured as support to Ozzy and the experience of playing arenas has definitely informed this record and these songs seem written for the biggest stages. Case in point being ‘Time Will Tell’ which, with some fine call back vocals, demands that thousands of voices sing along.

Vandenberg was very much Adriaan’s band (he gave the group its name and composed the songs) yet there’s no ego involved and Heading For A Storm sounds very much a collaborative effort. ‘Different Worlds’ tries to recapture the magic of ‘Burning Heart’ (close but no cigar) then it’s back to the rock action for ‘This Is War’. With a definite classical influence, it’s almost Wagnerian in scope and, in a style that’s reminiscent of Michael Schenker, finds Adriaan flying up and down the fretboard. This album contains the sound of a band mining a rich seam as the title track cracks like a cloudburst and rains down all sorts of carnage. Closer ‘Waiting For The Night’ begins with an ambient, acoustic intro that will lull you into a false sense of security then…BANG! it arrives and bounces from speaker to speaker like a box of mad frogs. Bringing down the curtain in style ‘Waiting For The Night’ makes for a fitting finale and if someone asked you what was so great about ‘80s metal I suggest you play them Heading For A Storm.

A wailing siren and a decidedly bluesy riff hints at a more thoughtful, darker album and that’s exactly what Vandenberg deliver with their third outing, Alibi. Sounding akin to a heavier Survivor ‘All The Way’ is a very urban sound; it’s a lonely hunter stalking prey in a neon-lit metropolis and conspires with some groovy sound effects to create an evocative soundscape. However, Vandenberg never lose sight of song structure and melody which renders ‘All The Way’ an earworm that’ll commandeer your internal jukebox for several days. A finely tuned engine firing on all cylinders is ‘Pedal To The Metal’ and it’s a punchy little number that offers little in the way of respite. It seems that on every Vandenberg album track three is saved for the power ballad and ‘Once In A Lifetime’ is the kind of schmaltzy song that was popular in the ‘80s. Trying to recreate the magic of ‘Burning Heart’ and storm the Hit Parade, it sounds a bit desperate and formulaic and falls a little short.

Alibi is an album that works best when it lets fly and there’s plenty of the good stuff on offer, for example, ‘Voodoo’ is peppered with cool harmonies and the high octane blast of rock n’ roll that is ‘Dressed To Kill’ rocks along at terminal velocity. I’d draw a parallel between this record and Van Halen’s Fair Warning; there was obviously some discontent in the Vandenberg camp and that tension seeps through almost every track. Gone are the good time lyrics of ‘Friday Night’ to be replaced by the world-weary and hardened ‘Fighting Against The World’ (a song Manowar could have penned) on which Adriaan’s guitar work sounds particularly vicious. No disrespect to vocalist Bert Heerink but album closer ‘Kamikaze’ benefits from being an instrumental and is the musical equivalent of a dogfight over the South Pacific. This was to Vandenberg’s last album for 35 years (until Adriaan reassembled a whole new line-up) but Alibi ensured they bowed out in style.

A veritable treasure trove of 17 tasty tracks this fourth disc is manna from heaven for the Vandenberg fan. Opening with seven raw demo tracks it’s easy to hear why the band were soon snapped up by a major label. Raw, and sans keyboards, they are infinitely heavier than the polished versions that appeared later and ‘Back On My Feet’ becomes more vital while ‘Out On The Street’, devoid of bells and whistles, takes on a whole new context. The band could certainly cut it in the live environment and there’s surely no better way to start a gig than with the buffalo stampede that is ‘Ready For You’. Vandenberg certainly struck a chord in Japan and the two live cuts recorded in Tokyo proves their sound travelled extremely well. Closing the disc perfectly is the massive hit ‘Burning Heart’, only rerecorded in 2004 and this Unplugged version adds strings to complement the cascading guitars to create a fitting finale.

While Vandenberg didn’t set the charts alight, they nevertheless released three of the ‘80s best albums and, collected here with a bonus disc, they’ve never sounded better and demand some serious re-evaluation. 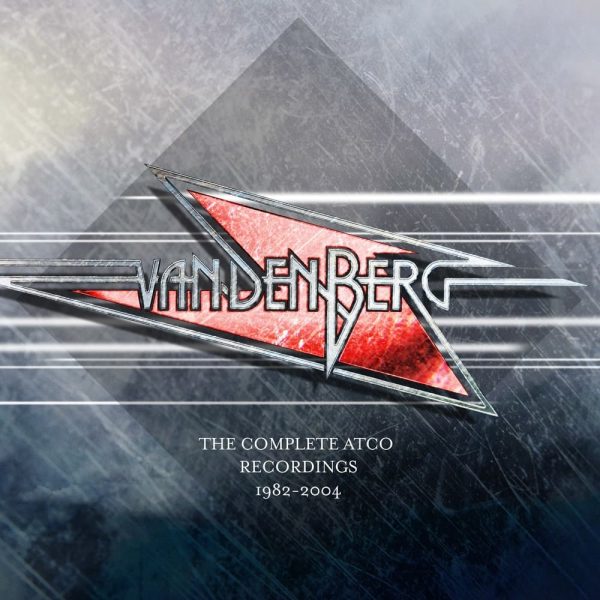