Yes, that’s right, Vandenberg are back. The appropriately named ‘2020’ is their fourth album, following hot on the heels of, erm, 1985’s ‘Alibi’. This time around they’ve recruited the vocal talents of Ronnie Romero, last seen in the most recent incarnation of Richie Blackmore’s Rainbow. Good casting Mr.V!

Let’s not get ahead of ourselves here, it’s time for the obligatory early review potted history lesson. Dutch guitar whiz Adrian Vandenberg formed Vandenberg in the early 80’s and released three fine melodic rock albums. He then spent a further 13 years as a certain Dame Coverdale’s right hand man, supplying licks, riffs and big hair to Whitesnake. Since then he has kept himself busy with Vandenberg’s Moonkings.

But the time was clearly right, the stars were in alignment and the runes spoke, it was time for Vandenberg to stride from the mists of history, weapons held proudly aloft (snigger). Vandenberg 2.0 has a slightly harder edge, the 80’s stylings tempered with a power metal edge. They sound, unsurprisingly, like post 1987 Whitesnake.

We’ll try not to focus too much on individual songs here because, as enjoyable and proficient as they are, they are somewhat interchangeable. The riffs are, to a man, HUGE. Big, chrome plated, fuel injected ROCK beasts. Big is what they are, there’s no subtlety here, it’s the 80’s ethos all the way – and let’s throw in the kitchen sink while we’re at it.

Romano’s vocals work to a T. Perhaps even better than they did in Rainbow. His full throated wail is a genetic splicing of the aforementioned Coverdale and Ronnie James Dio. The drama is ramped up to 11, the roars and howls and tremors of emotion are widescreen, cinemascope and technicolour – all at once.

And the lyrics, or, should I say LYRICS. All plucked from the late 80’s rock cliché textbook. “I’m running like a freight train”, “shout it out loud”, “set the night on fire”, “ain’t gonna stop till the break of day”, oh, and “born to run, born to be wild and free” – yep, they’re all here, plus many, many more. Even the song titles – ‘Hell And High Water’, ‘Ride Like The Wind’…and they’re not even cover versions. There’s even a ‘Skyfall’ (oh how I’d love to hear Vandenberg play Adele). Maybe I’m wrong, maybe “running in a shitstorm” is a treatise on impending ecological disaster or a discussion of Heidegger’s theories of “being” (or Dasein to use the specific term). Probably not though, eh.

The songs sound pretty much as you’d expect. There are lots of nods to Vandenbergs previous employer. If you’ve watched the above video you’ve probably sussed that it’s ‘Burn’ pt.II. ‘Fool For Your Loving’ and ‘Slow And Easy’ crop up elsewhere too. Solos are succinct but dazzlingly showy. They build in intensity to become HUGE WIDDLING FIRESTORMS. We know that Vandenberg has an ear for melody and it’s on display here in abundance, choruses are instant earworms and several songs have built-in singalong moments.

There’s the obligatory power ballad that ticks all the boxes – it just needs a dry ice covered video with a “chick” (©1984) and a red performance car. There is a little mini epic Zep moment. There are ENORMOUS drum moments – Brian Tichy does put in a guest appearance on the album, I’ll leave it to you to spot it. There’s also a 2020 re-recording of their biggest hit, ‘Burning Heart’, a song machine-tooled to be played in arenas, bathed in the glow of several thousand mobile phones (or lighters for you 80’s throwbacks). As brilliant as it is, it unfortunately makes you realise that the rest of the album doesn’t quite match it.

Which is not to say the rest of the album is bad. It’s not. It’s a good retro hard rock album, played by one of the best at what he does. It’s massively indebted to Whitesnake (have I mentioned Whitesnake?), Dio, Rainbow and their ilk. But hey, Vandenberg was in Whitesnake, he has every right to sound like them. It’s well produced, sequenced and will have you throwing horns, flicking your hair and pulling RJD faces with almost Tourette’s levels of abandon. It says nothing very much that makes a huge (HUGE) amount of sense…but it says it with BIG GUITARS. And sometimes that’s all you need. 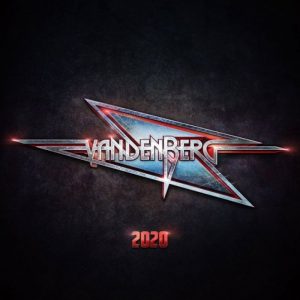