From David Bowie to Nick Cave via Nico, the legacy of Marlene Dietrich has spread far through popular culture. The songs associated with Marlene are sacrosanct and remain out of bounds to most performers. It takes a brave soul to approach the Dietrich songbook but one such artist is Ute Lemper. Based upon a three-hour phone call between Ute and Marlene, Rendezvous With Marlene is part homage, part biography that breathes new life into these magical songs.

Both being sultry German women who shared a humanitarianism and internationalism lots of lazy comparisons have been drawn between Marlene and Ute. But Marlene was a far darker character whose glamorous image masked an androgynous polygamy and a troubled relationship with her home nation. For Rendezvous With Marlene, Ute strips away the glitz and reveals, through these twenty songs, a strong willed, tender and, above all, a contrary artist. This is a nocturnal album that captures the essence of a lonely metropolis; lamplit, rain sodden streets and drinking dens with only a bartender for company and it’s a feeling exemplified by ‘One For My Baby’. Evoking images illicit rendezvous in Parisian cafés it sneaks like an alley cat amidst the tinkling keys ans is coupled with lyrics that allude to Marlene’s ambiguous sexuality.

The songs on this album lend themselves very well to reinterpretation and there’s two ways this album could have gone. The first would be the safe route in producing faithful reproductions while the other fork in the road involves deconstructing the songs and rebuilding them in a different form. Thankfully Ute chose the second option and while many of these songs are instantly recognisable there’s a refreshing originality evident as echoes of ‘Moon River’ appear on ‘Lili Marleen’ and it’s an interesting tension of opposites that pairs the antiquated with the modern. Likewise, ‘They Call Me Naughty Lola’ becomes a sensual, smoky version (the kind you might hear in a late night jazz bar) before awakening and veering off into serious bebop territory.

Throughout this album there are subtle clues to Marlene’s life: the accordion on ‘Marie, Marie’ tells of her love of France while the refrain of ‘Das Leid Der Deutschland’ on ‘Ruins Of Berlin’ alludes to her troubled relationship with Germany. This is a well-orchestrated album yet there’s an organic feel permeating as Ute performs the ultimate magic trick on ‘Want To Buy Some Illusions’ by transporting the listener back to a distant decade. This album is akin to flipping through a photograph album with each song capturing a moment in time. Cole Porter’s ‘Laziest Gal In Town’ swings with a jazz vibe while ‘Allein In Einer Grossen Stadt’ perfectly encapsulates the loneliness of a big city (as Ute did on her City Of Strangers album). ‘Sch… Klein Baby’ has a vaguely nursery rhyme feel and, with a sense of closure, ends the album on a perfect note.

Ute had previously approached Dietrich’s songs on her 1992 album Illusions. Those versions were infused with modernisms and, lacking un certain quelque chose, fell slightly short. This time around an organic approach infused with a jazz sensibility has provided timeless renditions and the songs really hit the mark. Dietrich’s torch is in safe hands. 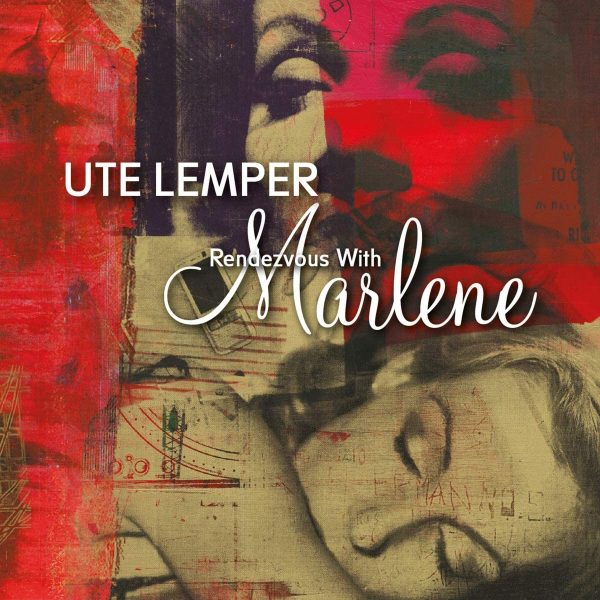