Portland, Oregon’s UNTO OTHERS (formerly Idle Hands) have announced a colossal 20-date tour of the UK and Ireland for March. Tickets go on sale at 10am on Wednesday 2 February. You can grab yours here.

Commenting on the UK run, frontman/guitarist Gabriel Franco remarked: “Our last show in the UK was at The Black Heart in London on May 10 2019. Mana came out the same day.
That puts us at about 3 years… way longer than I had hoped to return. Nevertheless we are coming back, and with a new record in our pocket. Ireland, UK, thank you for your support in the intermediary. We will see you soon and cheers to the future.”

Check out the band’s atmospheric video for ‘When Will Gods Work Be Done’ taken from their current, critically acclaimed album Strength, out now via Roadrunner Records.

Comprised of Gabriel Franco (Vocals / Guitar), Brandon Hill (Bass), Sebastian Silva (Guitar), and Colin Vranizan (Drums), Unto Others formed in Portland, OR in 2017 and quickly made waves out of the Pacific Northwest under their previous band name, Idle Hands. Following 2018’s Don’t Waste Your Time EP, they released their debut full-length album Mana in 2019 to widespread acclaim. 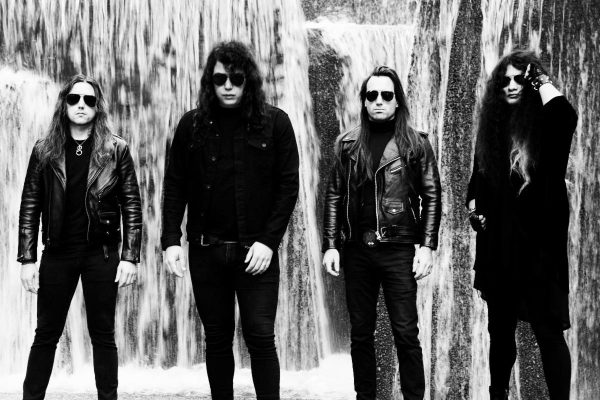 The impact of Mana was immediate earning ‘Best of 2019’ album accolades from Metal Hammer, Decibel, Invisible Oranges, Treble, Stereogum and Heavy Consequence, with the latter observing, “Franco sounds more like Robert Smith than he does Bruce Dickinson, even though one can hear The Cure and Iron Maiden both in his band’s sound.” Since then, their 2021 follow up, Strength has been equally well received, landing in various outlets ‘Best of 2021’ album round ups.

Next up, Unto Others will join Behemoth, Arch Enemy and Carcass for a massive European run this Autumn. The UK/Ireland leg kicks off on September 27 in Dublin and culminates in a show at London’s O2 Brixton Academy on 2 November. For tickets and more information on UNTO OTHERS’ upcoming live dates, visit www.untoothers.us.

Unto Others 2022 tour dates