The constituent parts of United State Of Mind require little introduction. The coupling of rock guitarist Robin Trower with reggae legend Maxi Priest and producer Livingstone Brown might sound like a strange concoction, but it works very well. Each brings their unique flavour to the project and while fusing genres can be a risky business (fumble the ball and a band can find themselves in a musical no man’s land) United State Of Mind is a winner that revels in its own diversity.

Opening with the eponymous title track ‘United State Of Mind’ is cradled within Trower’s luxurious guitar and provides the perfect bedding for Priest’s silky vocals. This track is a genre bender that fuses blues with funk and it’s an admixture that crates a chemical reaction which bubbles nicely. It’s a marriage made in musical heaven and the evocative sound captures the essence of a rain-soaked, neon-lit metropolis while United State Of Mind kick out their sound in a late night jazz bar. Flowing seamlessly like a river of silk ‘Are We Just People’ follows and wraps it’s tendrils slowly around the listener and draws them gently into their world.

Thankfully there are no rampant egos on display here and each constituent member knows when to retreat and allow the beat to come to the fore. Take ‘On Fire Like Zsa Zsa’ for example where Robin plays an understated riff on the backbeat which allows Livingstone’s bass to power the song forward before Robin returns, centre stage, and ends the song with a wah-wah fuelled solo. It’s great to hear these musicians step out of their comfort zone with reggae legend Priest getting downright bluesy on ‘Walking Wounded’ and Trower funking things up on the sun-kissed ‘Hands To The Sky’.

Sometimes a band shouldn’t work; on paper United State Of Mind looks like a mismatch yet, in a piece of pure alchemy, this amalgamation is spellbinding. While each track can stand alone I’d advise consuming United State Of Mind in one sitting to fully appreciate its gentle ululation as it flits, fleet of foot, like a nocturnal cat. Livingstone Brown has provided a rich, warm production that’s encased in golden hues and it perfectly suits Robin’s guitar tone which has never sounded this full. Likewise, Maxi’s vocals have aged like a fine wine and sound particularly fruity on ‘Good Day’ while closer ‘Where Our Love Came From’ pulls all the various strands together and ends the album on a thoughtful, atmospheric note.

In an age of global fraction three markedly different artists have come together and in United State Of Mind they’ve produced an album that simply drips with positivity and is a gift to soothe these troubled times. 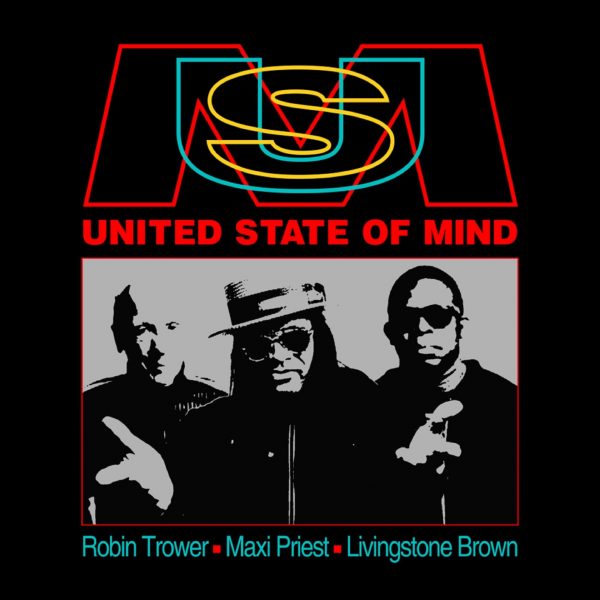