“What if the antihero in your favorite film or book had no chance to repent, reconcile, or redeem himself? There’s no victim to rescue. There’s no evil to thwart. There’s no tyranny to turnover. Instead of saving the day against his better judgment, he just walks a Sisyphean circle of existential malaise doomed to repeat yesterday’s vices without the promise of a better tomorrow”. Such is the open question/statement of intent accompanying the fourth studio album by New Yorkers and industrial noise producers Uniform. Upon reading this I did think to myself “dude, that’s- like- every novel I choose to read”. The fact that the album opens with a paraphrase of Sartre’s “freedom is what we do with what is done to us” and ends with an 8-minute song told from the perspective of the Judge from McCarthy’s Blood Meridian makes me think that they know the answer to that question already. After all, the world of literature and film are filled with precisely that: stories of lost boulder-pushers circling the city in need of something to cling to that isn’t a bottle or the grave.

But has someone written an album about it? I don’t know- but Uniform have had a ruddy good stab at it, and the result is splendid. When the list of influences for the album is bereft of musical references and filled with nods to Raymond Chandler, Alan Moore and James Elroy, you know that the lyrical content is going to be something to lose yourself in (and potentially never emerge from). Whether the lyrics belong to a single character or not is unclear, but the themes within them suggest a definite view of the human condition: violence (“Delco”); the fragility of human stability (“Dispatches”); the need to self-medicate to make life remotely bearable (“Shame”); the slow creep of the numbness we can form around our pain, including mourning for loved ones (“Life in Remission”). The inner monologues of the character(s) here create a palpable sense of the tragedy many people face- being the person that feels the turmoil of the ubiquitous violence of the world, or becoming the equally tragic individual who has become so used to that world that it no longer registers. God isn’t a help either. He is neither going to love us for ever (so “I Am The Cancer” tells us), because “God is fucked up like that” (“Shame”)

Uniform have provided the perfect soundtrack for Michael Berdan’s lyrics. His vocals occupy the permanent register of someone screaming through mouthfuls of their own guts, whether the song takes up the breakneck hint of thrash metal (“Dispatches From The Gutter” and “This Won’t End Well” especially) or treacle-paced sludge. Everything is pounding, regardless of the tempo, all thanks to new drummer Mike Sharp. It’s easy to see why their three collaboration albums with The Body (one of which was my first ever review on this site) happened so naturally. Both bands manage to seamlessly weld the industrial, the digital and the organic together into one horrific Tetsuo of sound. Other than the usual comparisons, I was happy to make note of the slurring guitar sounds of My Bloody Valentine on “The Shadow of God’s Hand”, and early Babyteeth/Pleasure Death-era Therapy? on the title track. However, something stands throughout: it’s heavy. Very heavy.

Berdan said he felt like this album had to be made. This seems obvious. If you look at the literature he is referencing, readers can often spend the whole book thinking “why don’t they just kill themselves? Who would live like that?” The thing is, these characters don’t know why they’re living or choosing or acting. They just are. They’re just horribly aware of that fact, and the alternative is a clearly present but never valid option, for some entirely unknown reason. Thus is the creative urge. There are countless stories of artists, scientists and mathematicians doing their best work almost spontaneously without any explanation beyond it just happening. The urge and the need, when it appears in art, is where the best visceral work comes from (not that the intellectual and the deliberate doesn’t have its place, as brilliance takes many forms). This is an album that came from a place of need, not want, and spills out in front of you. It’s messy and unpleasant but so is life. That’s why we like this sort of stuff. 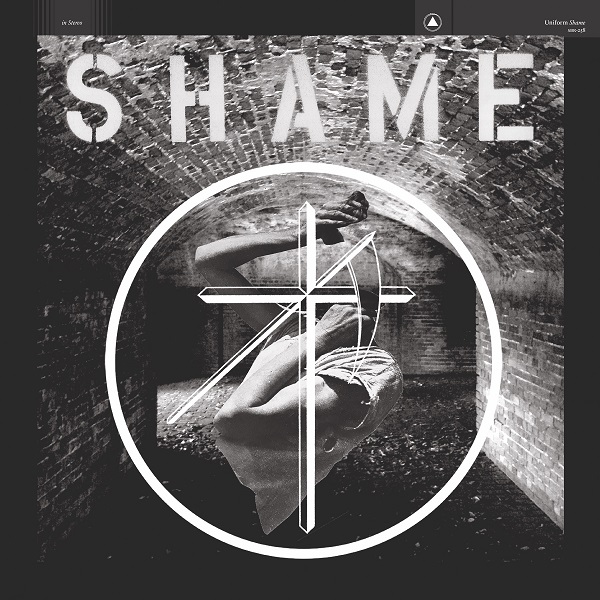