If you’ve never heard Ulver then you may question why their luxurious melodies are even being discussed on a ‘rock’ platform. The fact is of course that there are very few bands around like the ubiquitous Norwegians.

Their sumptuous sounds would nestle quite happily between an avid collector of 80s electro music, huddled alongside the likes of Tear For Fears and Depeche Mode. New album Flowers of Evil sees Ulver move even further down mainstream avenue than on their widely acclaimed 2017 classic The Assassination Of Julius Caesar. This new album is again top and tailed by the production pairing of Michael Rendall of The Orb and Martin Glover, who Killing Joke disciples will better remember as Youth.

Dig under the surface with Ulver and something of their true self is readily witnessed, for these are heartfelt songs of agonies and anguishes that still endears them to a predominately metal audience, albeit one prepared to entertain songs without obvious riffs and with barely a denim or worn leather insight.

There’s a rich chemistry at work with these four Scandi musicians, Kristoffer Rygg’s rich voice the perfect platform for these beguiling grooves and tortured tapestries through which Ulver reveal a myriad of frequently disturbing imagery.

‘One Last Dance’ is a heavy listen on an emotional level, but the electro accompaniment makes for a captivating first song. As with so much of Ulver’s work there are stark stories to be told here, ‘Russian Doll’ for example drawing inspiration from the 2002 film Lilja 4 ever which explores love and the death of innocence through human trafficking against the cold backdrop of austere post-Cold War Eastern Europe.

The equally harmonious ‘Machine Guns and Peacock Feathers’, as its title suggests, has a political spin and who but Ulver could make the line “Swords, machine guns, flowers, and peacock feathers” sound quite so enchanting.

‘Apocalypse 1993’ has a slightly more up-tempo rhythm although the subject matter is as dark as soot as Ulver turn the penetrating spotlight on the notorious Waco massacre when police stormed the religious cult holed up at a Texas ranch, brain-washed by self-proclaimed prophet David Koresh, resulting in 75 killings.

The synth sounds dominate ‘Little Boy’, a track which could just as readily slide seamlessly into a Pet Shop Boys’ album. Final offering ‘A Thousand Cuts’ is possibly the most sombre piece, stiflingly claustrophobic, with minimalist piano accompanying Ryggs as he sings… “two young lovers exploring the bodies they find on the shore”.

Ulver – Wolves in Norwegian – are simply unrecognisable today from their black metal inspired youth. The journey from then to now has been little short of remarkable, as Ulver have grown into one of extreme music’s greatest innovators.

For those who wish to learn more about this journey a book has just been released alongside the new album. Wolves Evolve: The Ulver Story includes 150 pages of conversation with the band, as well as a number of photographs from the private archives of the band and others. 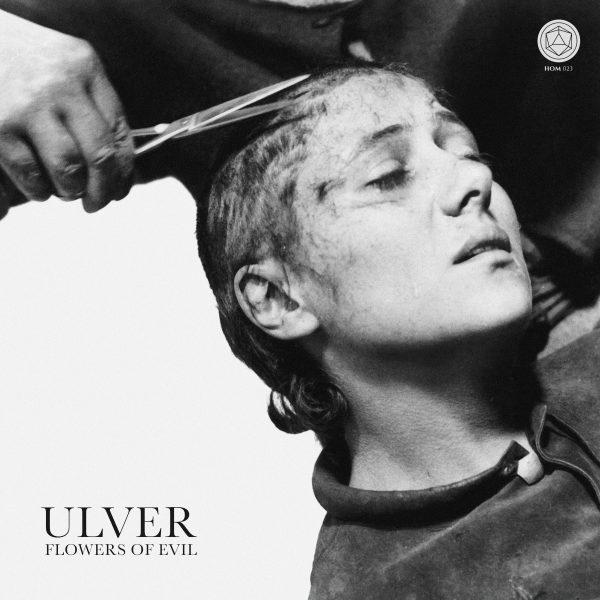