In And Out Of Time…

The totally out of time Tyketto (named after a graffiti tagline seen on a New York City wall) surfaced in 1990, signed to the Geffen label, an industry giant, and recorded Don’t Come Easy with studio master Richie (Heart/ Cheap Trick/ Bad English) Zito. It was eventually released in 1991. On the back of the album, they jumped onto Nelson’s US tour, then leapfrogged onto White Lion’s hugely popular UK tour in the same year. No question, Don’t Come Easy distilled the previous decade’s Big Hair/ Stadium/ Radio rock into ten flamboyant, yet satisfyingly compact AOR songs. Afficionados of the genre loved it.

You would have thought that a decade of Arena Rock would have wrung out every possible wrinkle, every conceivable melody line, hook, chorus, twist and turn that a songwriter / band could have contrived. But no, heart-lifting opener, ‘Forever Young’ burns bright, performing that real trick of merging past with present, sounding even more vital and new in remastered form. And elsewhere, the surprising emotional heft of this recording – most notably on other standouts – ‘Wings’, ‘Burning Down Inside’ and ‘Standing Alone’ is achieved through the composition of fresh sounding melodies and universal messages, then framing them in thoughtful, inventive arrangements. The result is a hard won, eminently welcome combination of the epic and the intimate. Great album, wrong place, wrong time.

It’s a nice Rock Candy touch to have included ‘Walk Away’ as the album’s bonus track. It was the flipside of the single release of ‘Forever Young’. Completist heaven. 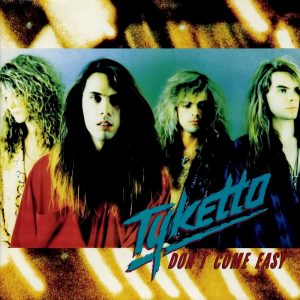