One of the most engaging electronic rock albums of the year

Growing up as a child of the 80s, it’s easy for me to think back to earlier decades as being something of a golden age of music.  In particular, for those with leanings toward the industrial genre, the Wax Trax! Record label was something of a marker for the bands of that era to aspire toward, and is still remembered with fondness several decades later.  Ever since the label died back in ‘92, the legacy of the bands that it spawned and raised to prominence remains one of the more subtle markers of the genre.

Trash Deity is a collaboration from two of the alumni of that scene – Groovie Mann of My Life With The Thrill Kill Kult and John D. Norten of Blue Eyed Christ. And, to be blunt, it sounds exactly like you’d expect such a collaboration to sound, polished and slick with all the benefits that current production techniques can give to an album.  The drawled, distorted vocals are right out of the Wax Trax! playbook, samples are gratuitously scattered throughout, and the crunchy industrial guitars and electronic stings embody everything that was good and fun about that era – but it manages to move it on and bring it bang up to date.

If I had to pick a phrase to sum the album up, I’d have to describe it as fun and bouncy industrial that wouldn’t be out of place used as a soundtrack in a decent cyberpunk movie. I can just imagine the music playing while the hero wanders into a bar looking for muscle to help him overthrow the regime – or, indeed, pretty much any other scene you care to name in such a film.  There’s a variation of style and mood throughout this that turns it from being a one-trick, one-note album into something that’s actually far better than I expected it to be.  While there’s a coherent sound and style running throughout, there’s more than enough variation in tone to suggest everything from fast thumping action scenes to the slower, sprawling city crawl or even a pensive drive-by narration.

But it’s not actually a movie score, no matter what the voices in my head want to tell me – it’s simply one of the most engaging electronic rock albums of the year.  That it pushes all of my nostalgia buttons as well as fulfilling my need for dirty, gritty, danceable ebm is an added bonus as far as I’m concerned.  At this point, I’m just hoping it won’t be another three years before we get another album out of this pair! 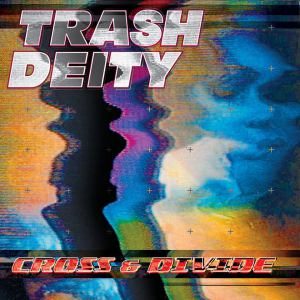