I live by the maxim that you can’t just a book by the cover but, nevertheless, that which houses the latest Tranzat album threw me in a hex. The soft and fluffy image on the sleeve of Ouh La La bears no relation to the harsh sound contained within. It is, however, indicative of Tranzat’s modus operandi and the band are something of a riddle wrapped in an enigma and the cover art serves as a warning to the curious.

Tranzat aren’t a band who mess around, and if you need proof just listen to ‘Shall We Dance’ which, like a wrecking ball that’s swinging wildly, gets the album off to a bruising start and things get progressively heavier from thereon. Stomping as if a 900lb gorilla this opening salvo contains one of the sickest riffs to man and it wouldn’t seem out of place on a Hatebreed album. Yet, for all its brute force there’s moments of brevity such a neat jazzy breakdown or some psychedelic yodelling (where the hell did they come from?) both of which add a touch of irrelevance, and while this could make the band seem a touch trivial the music which surrounds these moments means you have to take Tranzat seriously. However, these instances of non sequitur echo throughout Ouh La La such as the introduction to ‘Lobster Beaujolais’ or a few bars of ‘Happy Birthday To You’ irreverently thrown into ‘Lord Dranula’. Sometimes these things don’t bear over-analysis and you have to admit they sound pretty damn cool.

Progressive, in its truest definition, Ouh La La gives the impression that it could fracture in any direction. This gives Tranzat an enormous amount of freedom and flexibility, yet they keep their sound within defined boundaries; this is prog metal at its finest and with the emphasis on metal. Just as Black Sabbath used flute and acoustic interludes to give their sound light and shade, so Tranzat employ more surreal passages. In moments of existentialism the band pull the listener through a door that leads to other dimensions; it can be startling and unsettling but it’s rarely unpleasant. As a point of reference, the band I’d most closely align Tranzat with would be Faith No More. There are the frequent meter changes, complex rhythms, intense syncopation and, most importantly, a dark sense of humour and vocalist Manuel Liégard performs vocal gymnastics that are not too dissimilar to Mike Patton and, just like FNM, the effect is bold, brash and bombastic.

Hailing from Brest, France, Tranzat draw inspiration from the usual suspects (Devin Townsend, Opeth and, of course, Faith No More) but the band’s genius lies in taking these influences and filtering them into something wholly original. This is one album you should definitely check out. 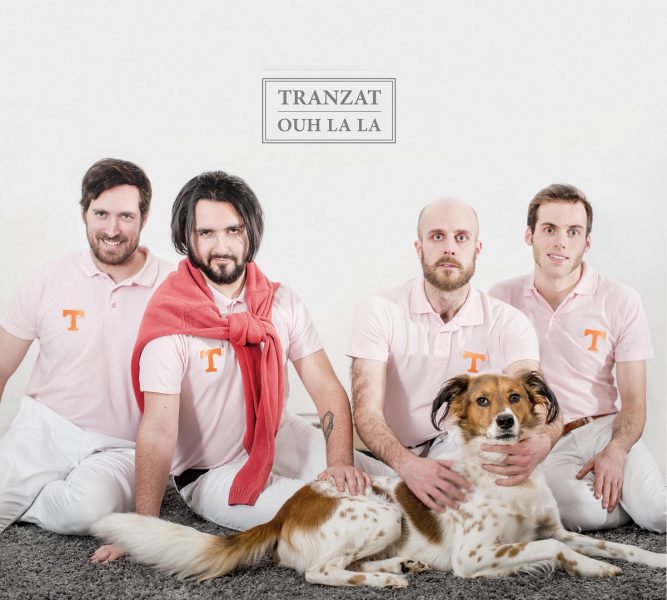