Like the futuristic sleeve in which it’s housed (featuring Toyah trespassing at RAF Fylingdales) Sheep Farming In Barnet still sounds way ahead of the curve, as if beamed back from some distant future. Of course, those who only know Toyah from the syrupy sweet hits ‘I Want To Be Free’ and ‘It’s A Mystery’ might find this strange but before the mainstream opened it’s arms Toyah released this ground-breaking, and oft overlooked, debut. 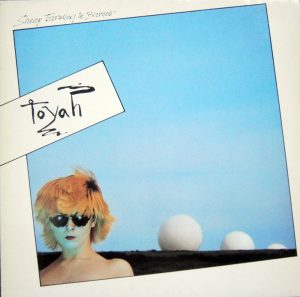 Now celebrating its 40th anniversary Sheep Farming’s longevity is partly due to its avoiding easy categorisation. Released when the charts were full of dour young men and bubbly synth-pop Toyah didn’t fit in either camp and album opener ‘Neon Womb’ arrives as if from an alien craft. Discordant saxophone and a stomping beat create a claustrophobic sense of tension which is finally released as the song bursts into life. You could draw vague comparisons with Diamond Dogs-era Bowie but ‘Neon Womb’ sounded like nothing else on earth (and still doesn’t). Toyah’s schooling in stagecraft becomes evident on the cinematic ‘Indecision’ which is a cornucopia of cascading guitars and warlike drums. There’s a strong dystopian vibe running throughout and that comes to the fore on the strangely prophetic ‘Computer’ as Toyah’s catlike vocals creep atop before ‘Victims Of The Riddle’ crawls all over your speakers like some evil red weed.

Nowadays it seems fanciful that an artist would be afforded such freedom on a debut that Toyah was on Sheep Farming but it’s a record that constantly pushes the boundaries of alternative rock from the lyrically abstract ‘Elusive Stranger’ to the haunting ‘Danced’ via the bass rumble of ‘Our Movie’. However, it’s with ‘Victims Of The Riddle (Vivisection)’ that things really get interesting. Like Throbbing Gristle jamming with Neu! it takes the motif from its namesake (introduced earlier) and inverts it so it becomes totally discombobulating. The sound of musical scientists experimenting late at night it could quite easily have fallen flat, but in a case of fortune favouring the brave it works with great aplomb. Stark and startling it’s an arresting song that demands your full attention and will leave you slightly stupefied at its conclusion. In juxtaposition ‘Race Through Space’ is the albums most commercial track and brings the LP to a rocket propelled conclusion.

Expanded with an additional nine tracks (six of which are previously unreleased) this version of Sheep Farming finds Toyah and band existing within a creative hub and first of the bonus tracks is ‘Gaoler’. Recorded in 1979 it’s a punk-infused high octane slab of R&B that sounds as if it was born in a bawdy boozer. The light and airy ‘Bird In Flight’ was Toyah’s second 7” and contained the stomping ‘Tribal Look’ on its flip. A veritable treasure trove of rarities, this disc is completed by four tracks specially commissioned for the BBC drama Shoestring. Recorded months after the versions which appeared on the album they’re more raucous and minimalist and ‘Danced’ brings down the curtain in a suitablyracous manner.

Before the band became known as Toyah they went under the moniker Ninth Illusion and recorded a demo at Cambridge’s Spaceward Studios. Opening with an embryonic ‘Computer’ the band display an unrefined yet tight sound with many of the nuances that would surface on Sheep Farming yet unearthed. But those flashes of brilliance are there with the riff on ‘Close Encounters’ surfacing later on ‘Danced’ and ‘Watch Me Sane’ featuring lyrics that would be developed on ‘Waiting’. Seven months later the band returned to Spaceward (now as Toyah) to record six tracks. A new rhythm section seems to have galvanised the group as the huge and expansive ‘Jailer’ veers into metal territory while ‘Race Through Space’ is being pieced together for inclusion of the forthcoming debut.

Some reissues and deluxe editions give the impression of scraping the barrel, especially in terms of bonus tracks but that’s certainly not the case with Sheep Farming and the second disc is proving an enjoyable listen. The six alternative mixes reveal different sides to the album tracks with a naked ‘Neon Womb’ (sans saxophone) bringing the guitars to the fore, ‘Our Movie’ is now bass heavy whilst ‘Vivisection (Improvisation)’ becomes even more haunting with its banshee like squeals. This disc runs in chronological order and a four track set from Rollerball Studios in October 1979 follows and it’s interesting to look back and see how the band developed over 18 months.

The icing on a perfect package is this DVD. Firstly we get the story of the album in Toyah Willcox’s own words and it’s an informative telling that speaks of the struggle and strife that birthed Sheep Farming along with the inside story of that cover. Likewise, the track by track commentary is very illuminating but it’s the Acoustic Session that bears the ripest fruit. Stripped of all the studio wizardry these acoustic numbers reveal three songs that are heavily laden with groove and melody. ‘Neon Womb’ in particular becomes more wistful with Toyah still hitting all the right notes 40 years later. After the acoustic set we feel the full force of ‘Race Through Space’ and despite its grainy quality its undiluted power shines forth. Two tracks from the legendary Old Grey Whistle Test close the disc with a lively ‘Danced’ and a blitzkrieg version of ‘Indecision’ which finds Toyah pirouetting like a punky ballerina.

A cornerstone of its era (alongside Dirk Wears White Søx and The Scream) Sheep Farming In Barnet never really got its deserved critical acclaim. That all seems set to change with this set, lovingly produced by Cherry Red, that demands some long overdue respect and reappraisal. 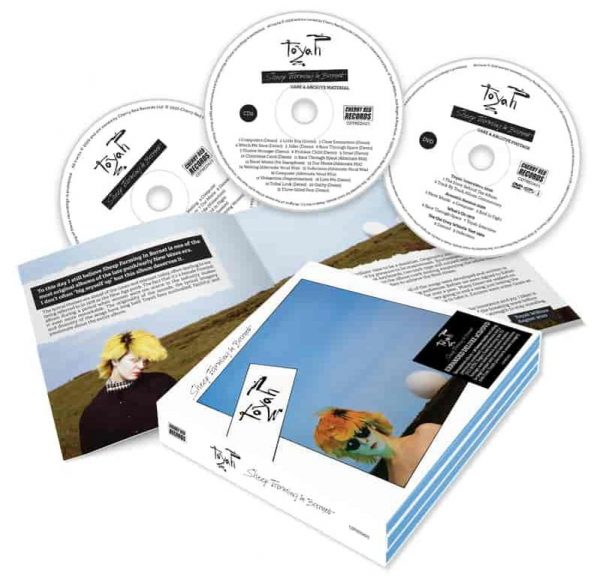