With four demos, thirteen split releases, eight singles, four EPs, numerous compilations and live releases, and five albums to the name, Joel Grind has been thrashing out thrash under the Toxic Holocaust banner for 20 years. Well, sort of. A demo in 1999 was quickly followed by the band splitting up. 2001 and JG hits the bedroom hard and churns out a bunch of tracks until 2003 sees the band’s first album Evil Never Diesappear. Fast forward to 2019 and Grind is showing no signs of slowing down, stopping, or spontaneously combusting. Album number six – the band’s first album in six years – Primal Future: 2019 is upon us and Grind still ain’t changing his ways for nobody no how no way no ho ho ho!

Far from a progressive band, Toxic Holocaust’s latest does indeed have all the characteristics of a Toxic Holocaust album. The incendiary riffs are there – in copious amounts of course. The primitive punch is there – plenty of it. The hot and heavy blasts are, erm… blasting away at, erm… full blast. The reverence of the retro is bursting at the seams. And the punk attitude and DIY ethic is spitting in all directions. The production gives the tracks the heft they need – probably something he warmed to while mastering Power Trip’s 2017 album, Nightmare Logic– with the reverb-heavy vocals casting a dark shroud over the dystopian lyrical themes. The album is tight, clenched like an iron fist, and each track pulsates with all the vigour and vehemence of Discharge, Venom, early (i.e., good) Megadeth, D.R.I., G.B.H. and Nuclear Assault. As bat-shit crazy and as primal as ever, Toxic Holocaust’s latest is a blast from bludgeoning beginning to explosive end. 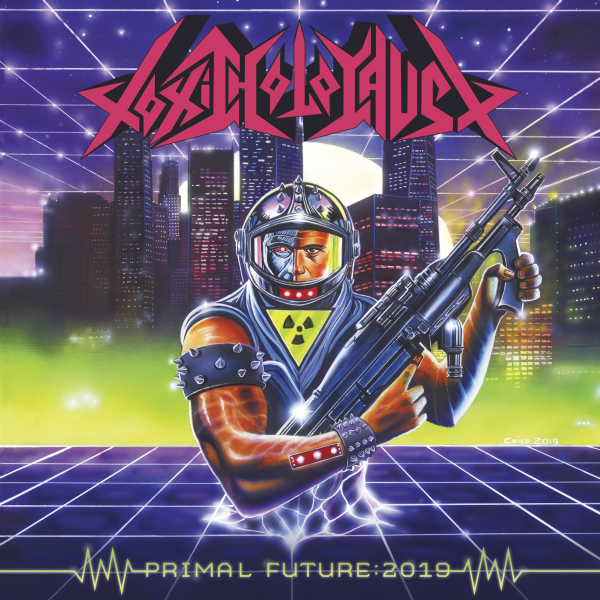