There was a lot riding on IV when it was released in 1982. The previous 2 albums, Hydra and Turn Back, failed to match the success of the debut. Dismissive critics explained this away by labelling the band “faceless session musicians”. Little did they know.

IV then, it was a pivotal moment in the band’s history. Make or break, do or die, etc etc. The band wisely veered back toward their formative style, and were so “pissed at the critics” that they pushed themselves into recording what is still considered to be a career-best album.

Punctuated by pumped up brass and tastefully decorated by smooth piano tones and stadium rock guitars, the polished ‘I Won’t Hold You Back’ and ‘Good For You’ show up only one side of the band. Lukather’s and Kimball’s resonating, treble tracked vocals suggest that time had been spent listening to David Foster’s AOR/Soft Rock defining production. A sound that shaped Chicago’s ground-breaking sixteenth album that same year.

The quick switch into muscular, steamrollering, chart-aimed melodic rock of ‘Afraid Of Love’ – pushed along by Lukather’s dirty riff and a pulse quickening axe motif – seems no more nakedly ambitious that what precedes it. Even the beautifully and bizarrely romantic ‘It’s A Feeling’ seems totally tuned in to Top Forty pretensions. Then ‘Lovers In The Night’ makes a play to be the album’s most inventive blast of beefed up soft rock yet, a vibrant and vigorous “we’re not dead yet” one finger salute to their critics. Certainly, there are times when the lyrics get bogged down in stunted sexual cliché. You might have expected this band to originate rather than imitate, but this was 1982, and nobody’s perfect. Talking of which, the moments when everything comes together in faultless focus bookend the album.

Those gleaming moments are ‘Rosanna’ and ‘Africa’. The first is slick, achingly tender, yet feisty, and ascended the US and UK charts with a quick, effortless grace. The second – the track that nearly didn’t make the cut – took a bit longer. It was the eighties equivalent of going viral, after (amazingly) catching the imagination of New York Disco crowds, it accelerated up the charts on both sides of the Atlantic, and the Pacific. 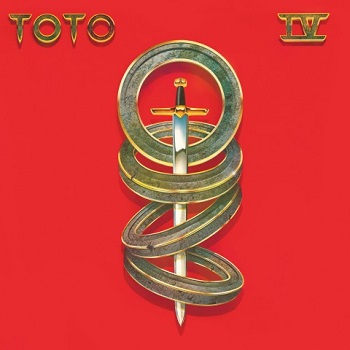 I Won’t Hold You Back

Lovers In The Night

Waiting For Your Love