Despite retiring in 1996 keyboard player Tony Kaye has been keeping very busy since leaving Yes in 1995. As well as returning to tour with his former band in 2018/19 he has released seven albums with the progressive super group Circa formed with Yes colleagues Alan White, Jimmy Haun and Billy Sherwood. Now twenty-five years into retirement he is finally releasing his first solo album. Kaye was so moved by the dreadful events of 9/11 that to mark the 20th anniversary of that fateful day he is releasing End Of Innocence his musical interpretation of that period in modern history and its aftermath.

Like all of us Kaye watched in horror as the drama unfolded on that fateful day and, the following day, he unpacked his keyboard for the first time in a while. “I didn’t know what I was going to do. It was one of those things that happened, inspiration on a musical level” he remembers. The journey begins the night before 9/11 with the crash of thunder as a mother puts her child to bed and sings the lullaby ‘Twinkle Twinkle Little Star/Twilight Time’ unaware that the world is about to change. With one of only a few vocals featured on this predominantly instrumental album Kaye’s wife Dani Torchia provides the gentle echoey words of the mother before her ethereal voice takes us into the beautiful ‘9/11 Overture’ and that historic day, as the thunder recedes into the distance. Kaye shows that he is a more than capable composer who can evoke the mood of the situation as he leads us through the events. With it’s jazzy piano intro the short ‘NYC Blues’ sets the scene as the emergency services prepare for another typical day at the office but elsewhere in the eastern tones and beats of ‘Battle Cry’ giving just a hint of the preparation for the actions to come while everyone else goes about their day amongst the synthesised saxophone and techno drum beat in the hustle and bustle around the World Trade Centre at ‘285 Fulton Street’. Link pieces ‘Let’s Roll’ and ‘Tug of War’ calmly move us between piano and big synth sounds before building later in the suite towards ‘Flight 11’ which relives the stewardesses conversations with traffic control as events unfold. Based around Jay Schellen’s (Circa/Yes) drumming which brings the panic onboard the flight to life before the strike and as the ‘Towers Fall’ the music moves on to the only full vocal performance supplied once again by Torchia (who also wrote the track) on ‘Sweetest Dreams’ as she sings of the moments following the attack and a world changed over sounds of gentle keyboards, acoustic guitar and strings. As the musical themes lift we are taken beyond the attack (‘Aftermath’) to witness the emotions within the targeted country as they recognise their ‘Heroes’ and take on the fight during the rise and falls of the centrepiece ‘The Battle’, the sound of low flying choppers, gunfire and battle cries mirroring the music followed by the patriotic calls of ‘Hope and Triumph’ and the thoughtful ‘Homecoming’. Finally ‘Ground Zero’ continues the heartfelt mood and reflects on the events of twenty years ago as well as focusing on where we are now. The CD is accompanied by artwork from Roger Dean best known for his work with Asia, Yes and Uriah Heep with its smoke drench imagery and text quoting the likes of politicians George W. Bush. Barack Obama and John Kerry as well as the Dalai Lama and Emily Trageser of 101st Airborne Division adding to the poignancy of the overall experience. With the anniversary approaching and the current situation in Afghanistan there is never a more relevant time for this tribute to each of the people who lost their lives. Although this album is far from a mainstream proposition his first solo release proves that Kaye has much to offer both as a writer and musician and not only for the Yes fans.

Tony Kaye, Spirit of Unicorn Music and Cherry Red Records will be donating 10% of the profits from the album to the Gary Sinise Foundation charity set up to support veterans, defenders and first responders in times of hardship and that is a good enough reason to buy this release in itself. So pick yourself up a quality concept album from a legend of progressive rock and help a worthy cause at he same time. Double bubble. 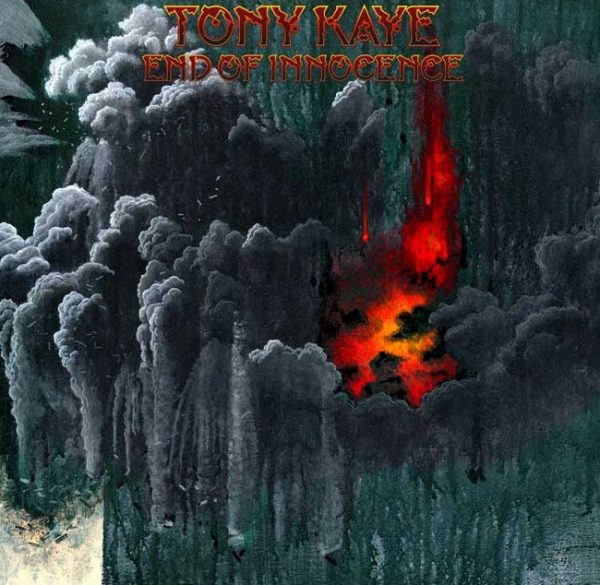