Former Kasabian frontman Tom Meighan is back with live dates this Christmas, following brilliant live reviews and the release of brand-new single “Shout It Out.” Out on September 30th.

“Shout It Out” is the follow up to 2021’s independently released “Would You Mind” and is a further example of Meighan’s first co-writing collaborations with his new band.

“Tom Meighan has sold four million albums. He’s headlined Glastonbury, Reading And Leeds twice and most other major festivals in Europe. He’s had five No 1 albums and sung on classic anthems, streamed millions of times, as the lead singer of Kasabian. But now it’s time to start again.

What Tom Meighan hasn’t done in his career until now is write songs. And the early results of Tom’s song writing are magnificent. 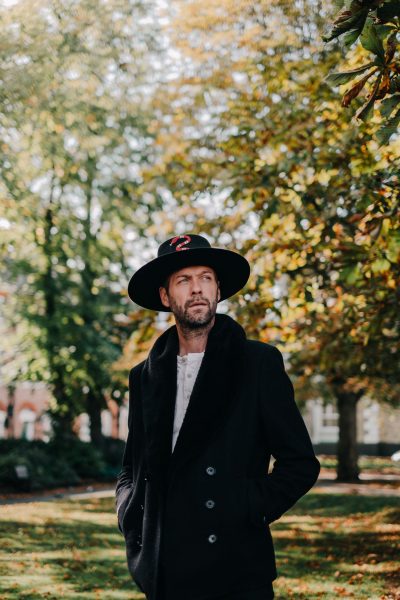 What’s new are a broad range of styles. In addition to the rock power and pounding groove of Kasabian, you’ll hear a blissed-out euphoria, a tenderness and a lyrical depth resulting from a period of emotional maturity.

The first taste of Tom’s solo music is Would You Mind. Rather than simply stream it, it’s a semi-acoustic anthem Tom wanted people to be able to own for nothing as a free download, to raise awareness of mental health.

A born frontman with an unmatched ability to get a crowd jumping, Tom’s natural enthusiasm means he can’t wait to return to the stage.

Musically, this time, the songs will come from Tom’s soul. Get ready for an electrifying return.”

“Shout It Out” will be released to all platforms on Friday 30 September.
Tom Meighan Live:

Tickets on sale on 10AM Monday 3rd October from www.ticketmaster.co.ukhttps://www.seetickets.com/event/tom-meighan/the-garage/2429306