If Rise had been a book, then the critics would be describing it as “a gritty character study of a musician literally scarred by events.” Adding that “maybe going under the knife 7 times, exposing your vocal cords to significant necessary surgery, is dying a little”. There are worse things perhaps, but losing your voice, your livelihood . . . your raison d’etre, is up there.

The fact that Tom Keifer, ex frontman and songwriter of classy 80s Metal band, Cinderella, is singing better than ever now is clearly justification to claim for himself the resurrection inherent in his new album’s title. And without that past, there would be no Rise. It informs every lyric, every note, every chord.

The opening tracks ‘Touching The Divine’ and ‘The Death Of Me’ are on us immediately like an operatic, heavy metal interpretation of an Hieronymous Bosch painting. Full of dark and profoundly dramatic melodies, pealing slide guitar and chanting voices, at times the tracks teeter on the edge of chaos, till eventually a resonating Keifer riff pierces the gloom and leads us out of the underworld. No prizes for literary interpretation.

‘Waiting On The Demons To Die” is one of the few tracks here to follow the linear progression we expect from a rock/metal song. It is the sound of a man who now knows he’s beaten the odds, and is cleaning house. The bluesy arrangement recalls his much underrated Heartbreak Station (1990) album with Cinderella. ‘All Amped up’ and ‘You Believe In Me’ are the others . . . one of them raw, exciting, razoring rock’n’roll, in the image of the Backyard Babies. The other a heartfelt ballad extolling the rejuvenating love of a good, good woman.

As for the rest, if cutting up your blueprint into jigsaw pieces, throwing them in the air and grabbing handfuls at a time, then making the pieces fit, can be called a formula, then that’s what Keifer does. A post-blueprint formula. Huge blasts of gang vocals burst forth from swirls of gut punching, industrial strength axework on ‘Hype’ – a bruising attack on Trump’s godless agenda, and on ‘Untitled’, Keifer’s overhauled vocal cords, accompanied by hand claps and slide guitar, step into the gap between the track’s gritty rhythms and ornate arrangement, and deliver a worked up slice of Stonesy psychedelic blues.

Any doubter who thinks the densely constructed musical content of the previous tracks is there to disguise the fragility of Keifer’s voice will get an abrupt awakening when they hear the utterly compelling and adroitly lyricised title track, ‘Rise’. There’s a religious intensity to Keifer’s scorched voice and world weary persona now, an unforced naturalness that carries a weight of emotion here without faltering for a moment. The point (about 2 minutes in) when the guitars crank up into “ours go to 11” electric action, supplememented by a gospel choir, is truly transformative. It’s a 3 dimensional, Beatlesque piece of arranging and production. There are few better compliments than that. 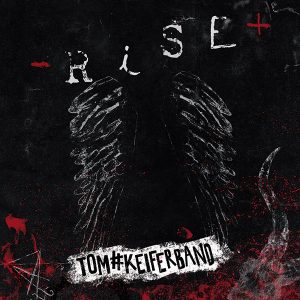