Released by 3Ms Music on 20 July 2018 and reviewed by Brian McGowan.

The “raucous twin guitar gallop” and working class aesthetic of NWOBHM is alive and well.

Although it’s been variously reported as either the original line up, and as line up Mk2 (aka The New Originals) this iteration of Tokyo Blade nevertheless sounds majestic, disciplined and like their heads are back in 1984, when Night Of The Blade crested the last great tidal wave of NWOBHM popularity.

Unbroken finds the band reconnecting with the foundation that underpinned their music back in those “nearly made-it” days. Its high energy, down to the bone riffola, head turningly and head bangingly adorned with the double shot axework of Andy Boulton and John Wiggins, is still the core of the band’s sound. That said, It doesn’t depend on primal power any longer – those elements have been cleanly exorcised, giving way to a more evolved melodic sound now.

They’ve written a bunch of well crafted songs here. Stories of twisted relationships and grim realism, which are, as usual, full of monochrome colouring, sinuous hooks and razoring axework. Alan Marsh’s vocals have grown in confidence and intensity over the years, sounding right at home on ‘Devil’s Gonna Bring You Down’ and ‘Dead Again’, both powerful chunks of heat treated heavy metal.

The gritty, menacing ‘Man In Black’ and ‘Burn Down The Night”s rubbery bass lines and brisk percussion remind us it’s easy to be blinded by the twin leads. In fact those upfront guitars lean heavily on the rhythm section to create the kind of grown up, mature grained metal that’s typified by tracks like ‘Bullet Made Of Stone’, and magnificently apposite closer, ‘My Kind Of Heaven’.

For a band who once changed shape and sound, disbanded, and reformed while managing a dizzying run of line up changes, a seen-it-all, done-it-all mindset would have been understandable, and if you detect an underlying trace of bitterness, then that would be understandable too. But the fact they are still going strong, writing and recording such great metal might just be cause for quiet celebration. 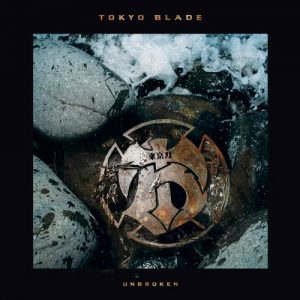