Rundgren is the archetypal restless artist who believes that reinvention is a key part of his art…a craftsman, an experimenter, a musician whose skill and imagination has never been limited by convention. It’s sent him down a career path that frequently led into unmapped territory, he’s rushed down a cul-de-sac or two without regret, and from time to time he’s troubled the world’s charts, as artist and/or producer.

This 2015 live show in Ridgefield, Connecticut takes us on a journey through Rundgren’s shapeshifting forms – The Nazz, Utopia, Runt and of course several weighty volumes of solo stuff. A career retrospective that begins in 1972 could easily be rooted in nostalgia, but the solid melodic backbone of Rundgrens’ songs coupled with the sweaty clamour and clang of live performance succeeds in merging past with present. This is music that marches to the beat of its own drum.

Where most live albums are the tour version of a latest release, Live at The Ridgefield could easily have been titled “Greatest Hits & Fan Favourites”. The Brill Building like brilliance of opener, ‘I Saw The Light’, continues to shine brightly, illuminating succeeding tracks, ‘Love Of The Common Man’ and ‘Open My Eyes’, right through to Rundgren’s Beatles’ parody/ political polemic, ‘One World, and eventually to concert closer and ode to Bebe Buill, ‘Can We Still Be Friends’.

Despite the strength and shifting dynamics of the opening songs, the gig takes a while to gain momentum. Surprising, given that his band – Kasim Sulton, Jesse Gress, Jim Ferenzik and Prairie Prince – are lock tight seasoned professionals. It takes a zesty, vigorous performance of ‘Black And White’ to confirm that we are in the presence of greatness. And from there, Sulton and Prince provide the rhythmic anchor for Rundgren to get way beyond clinical re-enactment, finding each song’s emotional pulse with flair and exactitude. In today’s rock’n’roll, swing and swagger is treated like a dated characteristic, one that died a thousand deaths in the early nineties, but Rundgren and his band reinvent it here, adding a finely tuned groove to the ‘I’m So Proud’, ‘Ooh Baby Baby’ and ‘I Want You’ soul medleys.

The concert has been packaged as a DVD and a CD, with the CD a little more selective, winnowing the recording down from the DVD’s 26 tracks to 18. it’s also available on vinyl. For anyone who hasn’t sampled Rundgren’s work (in the original sense) – someone who’s been living a subterranean life – An Evening With Todd Rundgren will be an enriching experience. With over twenty five studio albums then to choose from, life could be just beginning. 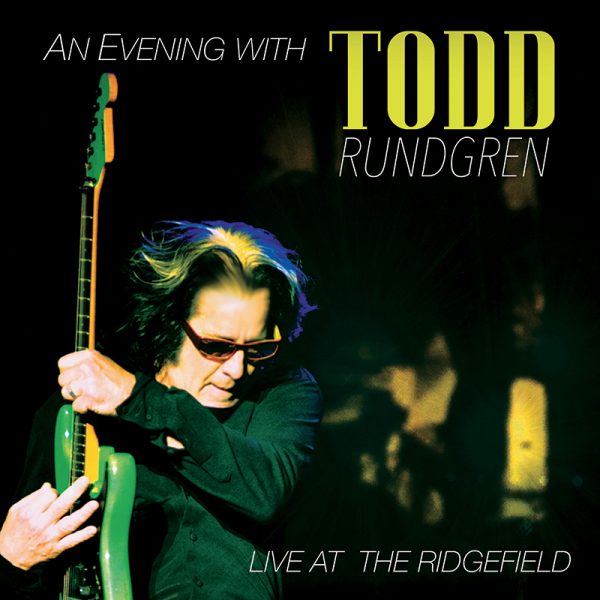