Since their formation in 2010 Today, They Are Older has built a fan-base that expect sounds from the band to push hardcore metal to the edge of deafening and then some. And while times continue to change in metal it seems apparent that Blackburn’s most aggressive band has not, which is a pretty glorious thing.

The band are back with a brand new EP following on from 2013’s The Evergreen Theory, and with opening track ‘A Fool’s Gold Fuels Fortune’, we find vocalist Liam Corran in typically scathing form, bringing with him brutal and mature vocals that lets each and every one of us know that in the year and a half since their last release, there hasn’t been much rest in the Today, They Are Older camp. Following track ‘Empty Eyes’ doesn’t quite have the same edge and pull as its predecessor, but still brings with it a stinging punch. Had the track been given a bit more legs and melody, the five piece could have been looking at a potential classic.

The EP is at its best however, from following song ‘From Finland With Love’ and onwards. The song itself is a 4-and-a-half-minute portrayal of a band that has spent their time mastering their craft and reaping the benefits. Guitarists Jordan Howard and Adam Turnbull provide a ruthless aggression which is tough to find in bands so young. The song has an impressive pace to it and gives Today, They Are Older a route to experimentation in future efforts.

The highlight of the EP however, is ‘No Guts, No Glory’ which is pretty much nothing short of a 7-minute masterpiece, bringing with it pretty much every aspect of modern metal; crushing riffs, poignant lyrics, and a surprise factor, in this case an instrumental in which Liam Corran is pretty much saying, ‘Here’s an example of how good my band mates are.’ With ‘No Guts, No Glory’ Today, They Are Older have given fans a song to truly remember. ‘Statues’ is a fitting end to a damn heavy EP. Following in the same vein of its predecessors, it’s violent, angry and every other emotion that could result in a three-and-a-half-minute head bang.

After an EP and an album, it seems pretty apparent that Today, They Are Older are about to arrive on the hardcore metal scene and leave people wondering where the hell they’ve been for the last 4 years. 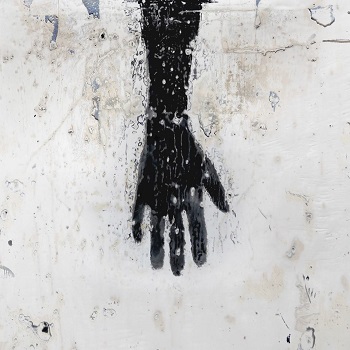