They could’ve, should’ve, but didn’t… 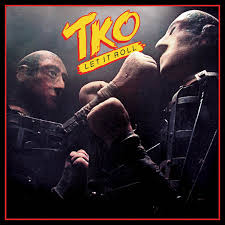 1979, 14 years before Brad Sinsel’s War Babies became the only band not to make it out of Seattle – despite sharing the local tour circuit with Pearl Jam, Alice In Chains and Sound Garden – the Sinsel-led TKO released their debut album, Let It Roll. It got them tours with Van Halen, Cheap Trick and other marquee names, but fame and fortune eluded them. A reconfigured band would later evolve into much more of a hard rock machine, but the debut has an undeniably anglicised pop sound. There’s no mistaking the Who/Stones influences on the inventive ‘Ain’t No Way To Be’ and ‘Only Love’, with Sinsel’s vocals proving to be just as animated and theatrical as Daltrey’s or Jagger’s. Deliberate artifice or just the sum of their influences? Either way, the music had considerable dramatic heft – ‘Kill The Pain’ and ‘Gutter Boy’ sound like carefully constructed routes into the rock’n’roll limelight. And while these songs got them noticed, they didn’t really make the wider emotional connection needed to sell in volume.

This reissue has the usual clarity and oomph we have come to expect from Rock Candy’s remastering tech wizards. Plus seven bonus tracks – live versions of songs off the album. The real bonus is not literal here. The album’s climactic moment – these explosive hard rock live tracks – reveals a band straining to break free of the studio straitjacket, striving to become the band they really wanted to be. 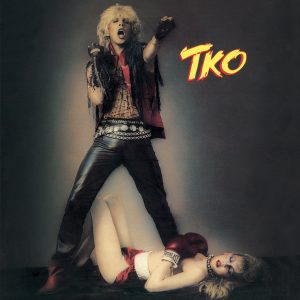 In Your Face was recorded in 1981, and released in 1984. Unfortunate timing perhaps, as it was competing with the new wave of glam and hard rock . . . in the form of Ratt, Wasp, Keel and other four letter words, but why it was swamped by these remains a mystery to this day.

The songwriting is razor sharp, the choruses are bigtime stadium fillers, the riffs are broad strokes – bolder now, mainlining on pumping major chords. For several wonderful minutes, ‘Run Out Of Town’ and ‘Give Into The Night’ show off a raggedness, a controlled rough and tumble, an identity defining sound that may slip out of their grasp from time to time elsewhere, but not here, and even ordinary songs like ‘I Can Do Without You’ and ‘I Wanna Fight’ are elevated way beyond their pay grade thanks to gritty performance and upscaled arrangements.

The album has an ill found reputation for not being particularly well recorded. When you consider the sonics coaxed out of the source tapes on this remaster, it’s clear that the problem lay with the original mastering.

This reissue comes with a freshfaced, 2001 remix, by original producer, Rick Keefer, of the complete album as a bonus, plus hugely informative liner notes (and some depressingly familiar bad luck tales) from legendary AOR journalist, Dave Reynolds. 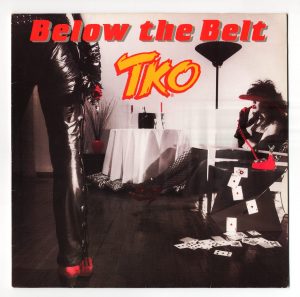 The band’s third and last album, Below The Belt, (1986) was again produced by Rick Keefer, and released on burgeoning Indie label, Roadrunner Records. TKO had grown in stature and reputation to this point, enjoying considerable critical acclaim. Sinsel was considered to be one of the outstanding rock vocalists of his generation, and truly talented guitarists – like Adam (Bomb) Brenner and Kjartan Kristoffersen – came and went, (to the band’s inevitable loss, it has to be said).

Keefer and the band didn’t stray too far from the In Your Face template, adding a light touch layer of polish here and there, balancing the band’s previous gravitation toward unbridled, melodic rock abandon. The effect is not totally successful, taking the edge off the stuttering, one-two punch of ‘Below The Belt’ and ‘Can’t Let Go’. Yet it works a treat on the more restrained, finely wrought hard rock of ‘With My Back To The Wall’ and the effortlessly cool ‘Chains Don’t Change’. But it’s hard to shoehorn artistic gestures like these into the claustrophobically close limits of hard rock. And even with the rock press on its side, Below The Belt failed to sell in sufficient numbers to call it a success.

Still, listening to it now, TKO’s brand of rock still shines, and probably would have even without remastering. In the end, the technical upgrade just gilds the lily, and the single bonus track ‘One Of The Boys’ is a declamatory airburst of arena rock fit to close out any album.