Being a descendant of Nottingham it seems completely ridiculous that the night of the gig was to be my first visit to the iconic landmark. The building itself lends an architecturally sophisticated back drop for the night’s acts with sweeping balconies and an art deco theme. Treading the boards first in these grand surroundings were Glaswegian groovy blues outfit King King. Lead singer Alan Nimmo admits to having been a huge fan of the night’s main act since he was a small lad. Sporting a very nice leather kilt he cheekily responded to calls of what ya got under ya kilt? With ‘You’re just going to have to wait and see’! As an audience, however, we never did find out. While waiting for said show, the four piece band performed ‘Waking Up’, ‘Rush Hour’ and ‘Crazy’ from the album Reaching For The Lights. All the tracks were an accurate description considering all members had only just got off the plane as Alan explained in a thick Scottish accent. As a finale, track ‘A Stranger To Love’ was followed by a standing ovation from an appreciative crowd.

An intro of K.C. & The Sunshine Band ‘That’s The Way I Like It’ signals the start of Terrorvison’s set. Within minutes bodies have leapt up from their seats following lead singer Tony Wright’s example, who bounced around the stage like Tigger on an adrenaline shot. Throwing their all into opening track ‘Discotheque Wreck’ its overwhelmingly clear that Terrorvision is seriously underrated. Tony barely stood still for a moment either star jumping, air guitaring or finishing the night with a hand stand.

Having been wary of the band since the explosion on the mainstream due to a remixed version of hit ‘Tequila’, it’s hard to even associate the band before me with their highest charting single to date. It’s ironic the track which led to their notoriety didn’t even feature in the setlist. Upon hearing ‘Pretend Friend’, ‘Josephine’ and the delightfully dramatic ‘Alice What’s The Matter?’ I feel I have been cheated out of a damn fine band. Formed way back in 1987 Tony remarks on the difference of gigs today whereby on tracks like ‘Perseverance’ it used to be lighters to lead the way for moody slower tracks, now it an app on an iphone. Their energetic performance left me quite impressed.

By now the intro for the headliner builds into a crescendo almost everyone on the lower levels are on their feet in anticipation. In the crowd are diehard fans some adorning t-shirts from Thunder‘s appearances at the legendary Monsters of Rock festivals. The back drop is a long row of speakers waiting, poised to explode with flashing signage of Thunder illuminating the darkness. Lead Singer Danny Bowes arrived on stage strong in his unrelentless mindset with getting as much feedback as he possibly could from his captive, screaming audience, taunting them with shouts of ‘I can’t hear ya!’. As a front man his charismatic personality doesn’t falter in rallying the troops, with drawn out intros awaiting the correct amount of audible support, Danny refuses to allow the audience to be half hearted.

Leading the set with ‘Wonder Days’ followed by ‘Black Water’ from their latest, tenth album, there’s also a dip into the back catalogue with tracks being pulled right back to the first album with ‘Back Street Symphony’, and ‘When Love Walked In’. Slowing the mood down a notch, ballad ‘I’ll Be Waiting’ is performed from 1995 album Behind Closed Doors.

The three decade strong friendship between Danny Bowes and guitarist Luke Morley provides an impeccable sound; the timing couldn’t run smoother. A point displayed when Morley swaps from the right side of the stage for the left with Chris Childs on bass to which Bowes faced a moment of confusion followed by a playful comment of ‘what you doing there?’ for comic effect.

Good things are always brought to an end, leaving the obligatory call for the encore to be answered with ‘Serpentine’ and favourite ‘Dirty Love’. 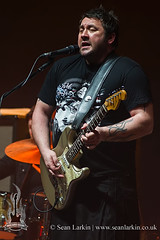 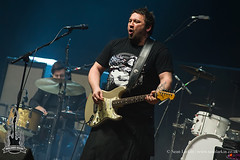 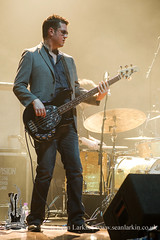 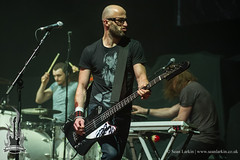 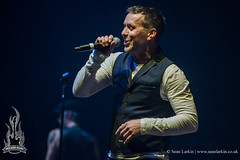 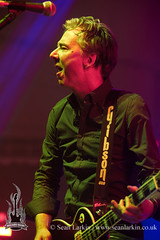 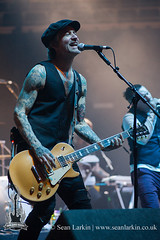 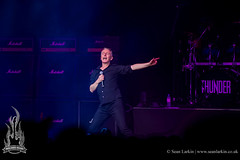 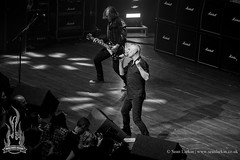 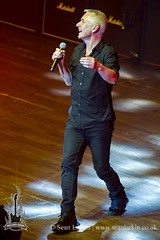 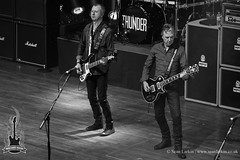 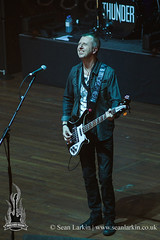 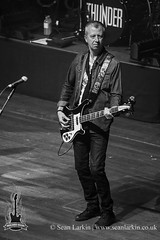 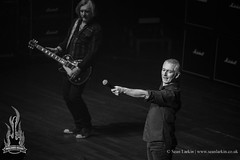 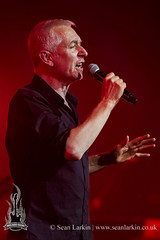 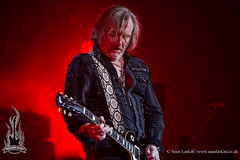 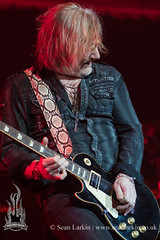 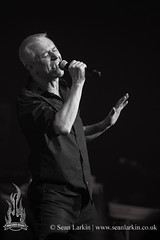 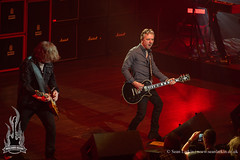 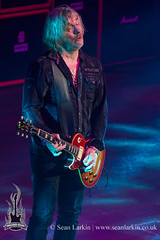