For the third single from Dopamine, Thunder roar back with the album’s most metallic song, the pulverising Across The Nation.

When normal service resumes and the band embark on a run of arena shows in May 2022, it is going to be a spectacle like no other. This song makes that clear, explains Luke. “This is a very direct song, about being in a band but not being able to tour. The frustration we feel because of that is huge, so we’re very much looking forward to the time when we can get out there and play. We managed to get two Christmas gigs done at the end of last year, and it was so great to be back on stage. It was emotional for the crowd as well as us: for a lot of people who came along, it was the first time they’d been out in about 18 months!”

‘Dopamine’ is Thunder’s first ever double album, consisting of 16 tracks, and comes at the perfect time for Thunder, whose line-up for the last quarter-century and more has been Luke and Danny Bowes (singer), plus Ben Matthews (guitar and keyboards), Chris Childs (bass) and Harry James (drums).

They’ve been riding a wave of success since their 2015 comeback album Wonder Days, releasing the acclaimed All The Right Noises last year, with Classic Rock speculating that it could be the band’s best album yet.. The record went Top 3 in the UK Albums Chart; a quite incredible feat for a British hard rock band into their 4th decade.

Thunder are at the very peak of their considerable form, still offering fans doses of ‘Dopamine’ after all these years. 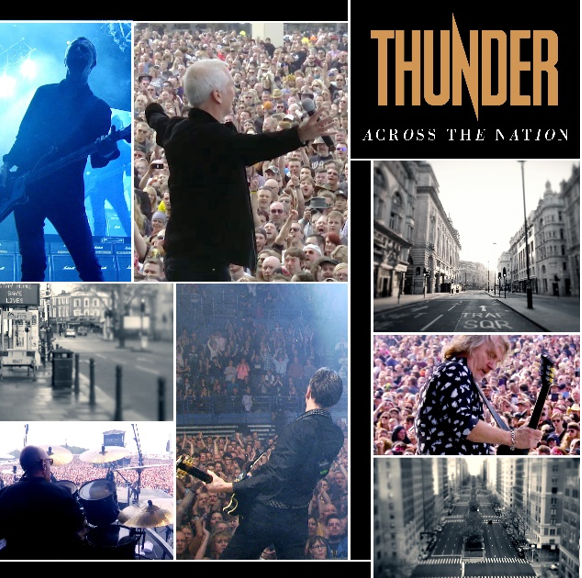 The album will be available in CD and double LP vinyl, with exclusive lenticular cover versions available only from the Thunder online store.

Thunder will also embark upon a UK arena tour in May 2022, including a date at London’s OVO Arena Wembley. 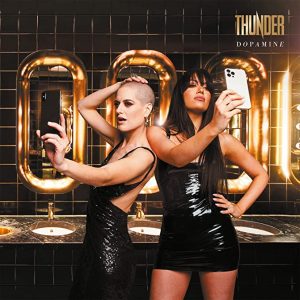 Dancing in the Sunshine
Big Pink Supermoon
Across the Nation
Just a Grifter
I Don’t Believe the World
Disconnected
Is Anybody Out There?
No Smoke Without Fire