With new album Rip It Up currently receiving rave reviews, the prospect of live dates from Thunder is too good an opportunity too good to miss, and with the bill including Cats In Space to sweeten the deal, Midlands Rocks took in two shows in Leicester and Cardiff.

Having undertaken a short headline tour in the latter part of 2016 to promote their debut album Too Many Gods, the support slot on the Thunder tour gives Cats In Space a chance to play bigger stages and introduce their music to a much wider audience. They are an unashamed throwback to the bombastic commercial rock of the ’70s put together by Greg Hart. With the rich pedigree of the band, it’s no surprise that they put on a slick, polished show. Live, there is a slightly rockier edge to the songs than the album, but not at the expense of the rich melodies and harmony vocals.

They are well received from the outset, and the band seem to revel in playing. The likes of ‘Mr Heartache’ and ‘Last Man Standing’ draw comparisons to ELO and Supertramp, not least down to the superb vocals of Paul Manzi and keyboard wizardry of Andy Stewart. Meanwhile set closer, ‘The Greatest Story Never Told’ wouldn’t be amiss on an Asia album. A fine performance and encouraging to see the band shifting plenty of merch and chatting to the existing and newly found fans after the show.

Since Thunder’s ‘farewell’ shows of 2009, they have arguably released two of the best albums of their career in Wonder Days and Rip It Up, and are touring venues as large and if not larger than in their heyday of the early ’90s. Many of the shows on this tour have been sold out for quite a while and the show at Leicester’s De Montfort Hall is pretty near capacity, which isn’t surprising as Danny is keen to point out that it’s been 27 years since Thunder played in Leicester.

After the intro music dies away, the insistent riffing of ‘No One Gets Out Alive’ kicks in and the curtain drops revealing a simple, yet effective stage set with Luke Morley and Ben Matthews either side of drummer Harry James on a riser, and the crowd are already bouncing as Danny Bowes enters to a huge cheer. One thing is clear is that this is no nostalgia fest. Sure there are their earlier classics that they couldn’t get away without airing, but the set is dominated by the new and recent, rather than the past which is testament enough to the quality of their new material.

Early set highlights include the personal, yet uplifting ‘Resurrection Day’ that reminds us how lucky we are to still have Ben Matthews in the band and a blistering rendition of ‘Higher Ground’. The set moves along and is well paced for the faster and slower numbers, and before we know it we’ve reached the encores.

The lengthy introduction to ‘Dirty Love’ never fails to whip the crowd up into a frenzy before Luke Morley lets loose with the gargantuan opening riff, ushering in the drums and bass to ensure even the most reluctant of dancers get their hips moving. De Montfort Hall lends a certain degree of intimacy; the venue is packed and it’s a joy to watch as the entire audience from front to back and top to bottom are dancing or jumping up and down to the finale of a superb evening.

Three days later and 100 miles further south, Thunder take to the stage at Cardiff’s Motorpoint Arena. The show is a different beast; a much bigger venue and larger crowd, although not quite to capacity, but the increased stage size and wider spaced lighting help to present the band in a more grandiose way. Tonight’s show is being recorded for a future dvd release which has attracted some of the hardcore travelling fans in addition to the Cardiff Thunder choir, and it’s no surprise that little encouragement is needed to get the crowd going and ‘Won’t Get Out Alive’ is greeted like an old favourite. Hell, Luke Morley even wears a swanky hat for the occasion.

With the crowd holding their mobiles aloft, ‘Don’t Wait For Me’ merits a special mention as it looks and sounds magnificent with Ben Matthews swirling keyboards, Danny’s vocals at their very best while whipping up the crowd, and the show-stopping guitar solo finale from Morley.

The setlist remains much the same as Leicester, but there are some changes; there’s no ‘Serpentine’, but ‘Wonder Days’ is added to the encore. Also as a welcome surprise, Lynne Jackaman joins the band to add her powerhouse vocals to ‘She Likes The Cocaine’, reprising her role from the album.

Two nights of faultless performances from both bands and the promise of the live dvd will serve as a great memento for anybody that has attended any of the shows on this tour. 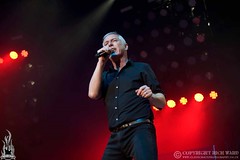 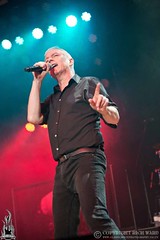 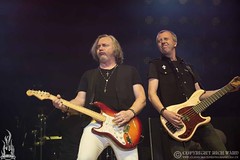 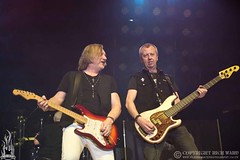 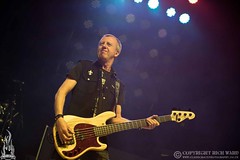 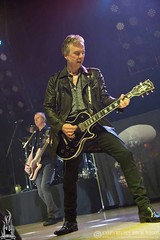 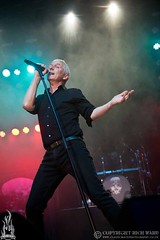 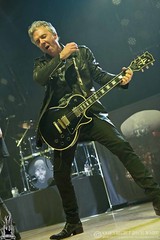 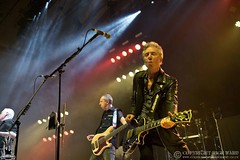 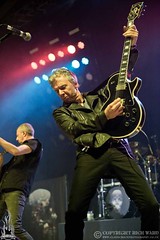 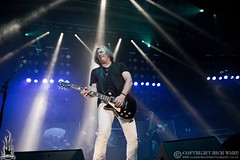 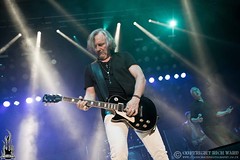 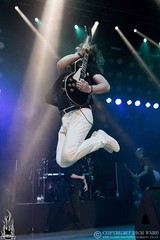 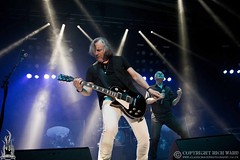 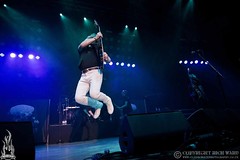 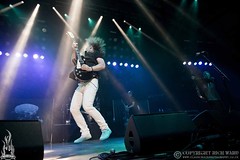 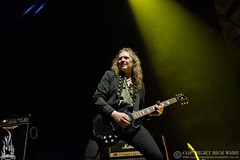 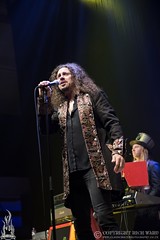 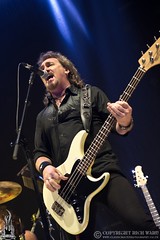 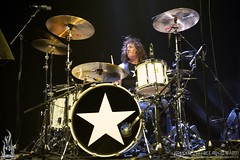 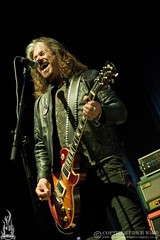 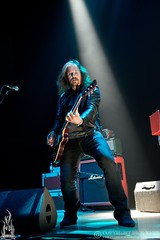 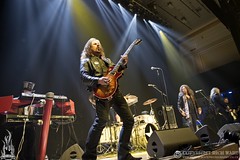 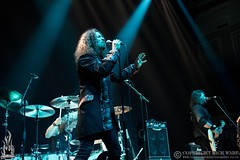 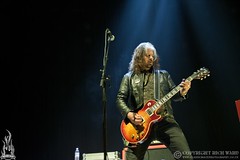 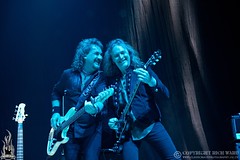 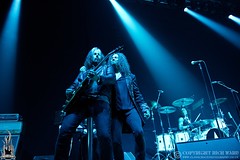