For a band that’s been pretty angry for a while now, Therapy? smile quite a lot. But if I had 28 years and a discography like this band behind me, I think I’d smile a fair bit too. And I think I’d bust my cheeks – muscles, bones and blood vessels – with grinning so hard after producing such a fine piece of work as their 15th album, Cleave, released in September this very year (and reviewed here). As my fellow MR scribe Ian Savage put it, “Cleave is the perfect album for right now.” Last seen in the home of metal supporting The Stranglers in March this year where they delivered an intense 12-song set that impressed all in attendance, the news that they were returning so soon in support of their latest album was welcome news indeed, as evidenced by the near-capacity crowd in The Asylum on this very cold November night. 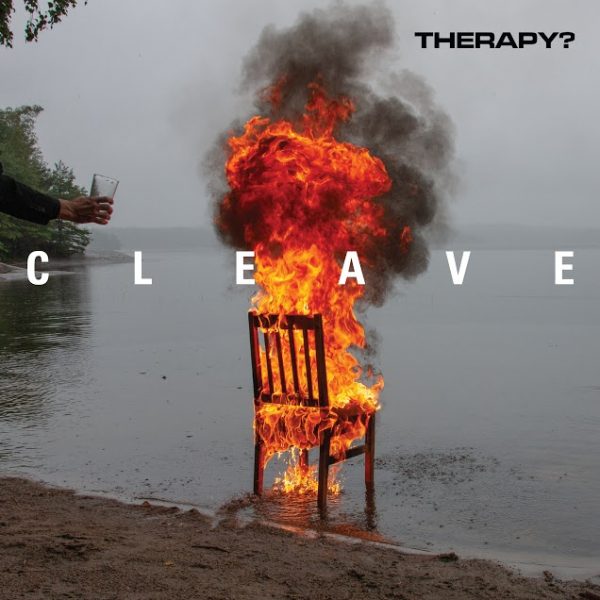 With eight songs from 1994’s Troublegum – the album considered to be their musical and commercial peak – Therapy? could just leave it at that and most would be happy. But with Cleave – from which eight songs make their appearance – and a host of other classics spread out over their 15-album history, band and crowd are spoilt for choice. And so with ‘Wreck It Like Beckett’ and ‘Expelled’ from their latest, on we plough into an evening of high energy, catchy-chorus, hooks-aplenty punk and big beaming smiles. Yep, Therapy? are extremely happy to be in Birmingham for the last night of the tour. And Birmingham is very happy to host them. And very happy to hear them throw in snippets of Judas Priest’s ‘Breaking The Law’, Black Sabbath’s ‘Iron Man’ and – gast ye flabbers at this: the intro to Slayer’s ‘Raining Blood’ (and yes, that includes the ludicrous speed riff just before the vocals come in!).

Throughout the set, Cairns frequently makes his feelings known about our place in today’s Britain and what we can do about it. With mental health awareness on the rise and funding rapidly on the decline, he advises us to look out for and after each other because they won’t. in these troubled times, it seems only fitting that where ‘Screameger’ became an anthem of the 90s generation (most of whom I suspect are in the crowd this evening), the mental health-themed ‘Callow’ and ‘Kakistrocacy’s chorus ‘It’s okay not to be okay’ are an apt anthem for this jilted generation (and how apt it is that they are playing The Asylum…). And closer ‘Success? Success Is Survival’, with its acerbic lyrics – ‘The cream of this country, rich and fake / Will always rise to the top / Those beneath on hands and knees / Left to curl and rot’ – Therapy? clearly have their finger on that trigger inside all of us.

But despite – or perhaps even in spite of – the world crumbling around them as well as having James Joyce fuck their sister, everybody’s having a good time tonight. That trigger was pressed with the opening note of ‘Wreck It…’ and the bullets didn’t stop flying until long after birthday boy Neil Cooper smashed out the last beat. A huge round of applause and no doubt most are wondering when the band will return. With an album of such high calibre as Cleave and delivering live shows like this 28 years into their career, should Therapy? choose to celebrate their 30 year anniversary, we’ll be there. We’re already waiting.