So, a mere 10 years after their last studio album, ‘Chutzpah’, the classic line up of The Wildhearts are back with ‘Renaissance Men’. That this album exists at all is a triumph, that it’s this good is damn near miraculous!

The solar system around Planet Wildheart has always been chaotic, littered as it is with dubious choices, wanton acts of career suicide and more harmful chemicals than a Mexican drug cartel could shake a stick at. Then there’s the health problems – both physical and mental. Anyone who follows Ginger on Twitter will be well aware of the extraordinary demons he’s faced in recent years. We’ve willed him on every step of the way.

The fact that he’s managed to create an almost career best album in the midst of all this is, frankly, mind boggling. Songwriting, production, performance – it’s all here in spades. This is a very special album indeed.

Musically ‘Renaissance Men’ can be firmly placed at the heavier end of the Wildhearts canon. Its huge – raw, fast, loud, aggressive. Riff follows riff follows half a dozen other riffs. From the Motorhead-tastic dust up of ‘Dislocated’ there’s just no let-up. It’s a Wildhearts greatest hits, it’s all here – chantalong choruses, full tilt thunderousness, chest out glam on steroids thuggery – hell, there’s even a subtle dash of ‘Endless Nameless’ noise. The guitars are set to overdrive throughout, consistently hitting that sweet spot somewhere between Motorhead and the Sex Pistols.

It’s also Gingers most autobiographical album. The title track is chock full of gems – “hats off to the shape we’re in – eureka”, “you can’t keep a good band down”…amen to that! ‘Diagnosis’ is about a woman with mental health issues…except it isn’t. “You are not your diagnosis” roars Ginger while telling us how fucked the system is and namechecking ‘Bodies’ – The Pistol’s most ferocious 3 minutes!

Before you know it, it’s over and you’re left standing in its dust – your ears ringing and a shit-eating grin on your face, knowing, just knowing, that you’ve just heard the album of the year. It’s rough and ready, two-fisted, defiant, bruised, bloody yet unbowed. It’s Rocky Marciano in audio form – never been down for the count and more than ready to step on your foot and dig its thumb in you eye!

If they carry on like this, Ginger and co. will end up becoming national treasures, and man they’d fucking hate that.’Renaissance Men’ is freaking joyous and one of the bravest, ballsiest albums I’ve ever heard. It’s good to have ’em back. 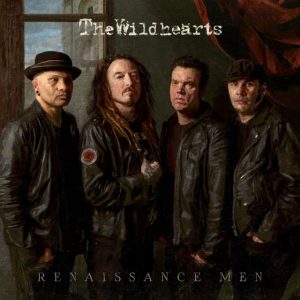