As perennial rock n’ roll survivors The Wildhearts have attained the status of national icons. With the irrepressible Ginger at the helm they’ve rolled with every punch a fickle music could throw and, with rugged determination, have left a trail of era defining albums. Latest full-length, 21st Century Love Songs, finds the band at a pinnacle of sorts and paying homage to their past whilst keenly eyeing the future.

Housed in a sleeve that replicates a slasher movie film poster the music contained within is equally arresting and they don’t come more mesmerising than the title track. Kicking the album into life with a crushing riff ‘21st Century Love Songs’ is the perfect amalgamation of metal and punk. Like the illegitimate love child of Motörhead and the Ramones it drips with attitude and stalks from speaker to speaker as if a bear with a sore head. With all the needles pushed firmly in the red The Wildhearts mix up time changes with reckless abandon and the result is a song that packs a punch whilst retaining a strong sense of melody. With barely a pause for breath ‘Remember These Days’ follows hot on its heels and features a nifty little section that adds a touch of brevity before the band return, and with added oomph!

Producer Dave Draper has done a great job and he’s furnished the band with a bombastic sound which, nevertheless, has a lot of space which allows all the instruments room to breathe. Well into their third decade The Wildhearts could quite easily slip into ‘heritage’ status and mine the nostalgia circuit but while their sound might be maturing they’re certainly not going quietly and 21st Century Love Songs could teach many younger bands the meaning of vitality. There’s a real feeling of urgency on this record as the songs tumble over each other and that’s only enhanced by the briefest of pauses between tracks. It’s akin to being at a live show where a band will fire off several songs in rapid succession and that’s just the kind of excitement The Wildhearts replicate here.

There’s plenty of variety on offer here and ‘Sleepaway’ eases off the pedal to deliver a groove laden beast. I like the way it segues into ‘You Do You’ (and you will too) and the way it bounces around like a box of mad frogs. There’s a straight-talking honesty about The Wildhearts; they don’t bamboozle the listener with abstract analogies or metaphors and ‘Sort Your Fucking Shit Out’ does exactly what it says on the tin. ‘A Physical Exorcism’ contains the kind of riff that Angus Young would kill for and it’s the type of song you wish AC/DC would still write. Closer ‘My Head Wants Me Dead’ throws a curveball and it’s an atmospheric number that sounds absolutely massive and washes over the listener like ocean waves that makes the ending all the more startling.

21st Century Love Songs continues the good work of 2019’s “comeback” album (The Renaissance Men) and finds The Wildhearts vital as ever and full of vim and vigour. Here’s to the next 30 years! 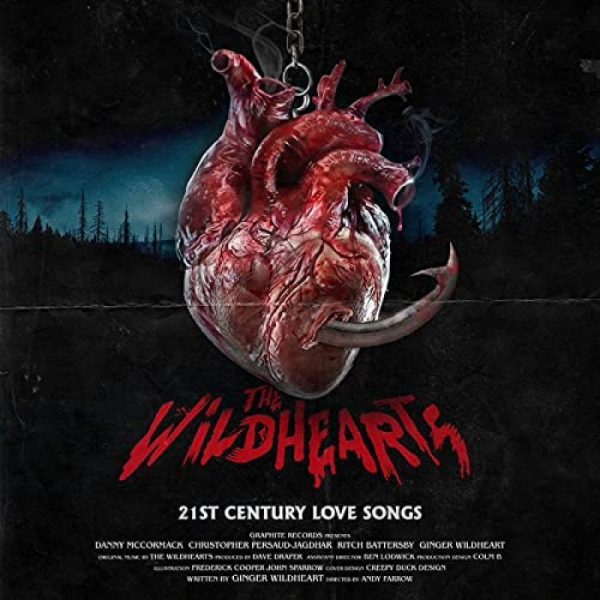