The line up of The Waterboys has morphed almost immeasurably along with Mike Scott’s vision of the band and the particular place that he’s in at any point in time. It is therefore, not much of a surprise to see some changes to the band since their last stop here when they were promoting the Modern Blues album. For this tour, the Waterboys are now a 9-piece band with a second drummer and adding two vocalists in Jess Kav and Zennie Summers, who also appear on the latest album.

Out Of This Blue, was only released last month so it hasn’t left much time for fans to buy and get familiar with the material. Strange then, that the set is dominated by the new album. While on the one hand it’s refreshing to see such established bands not falling into the usual ‘greatest hits’ sets, it can be a double edged sword in creating an atmosphere when so much of the set is given over to the unfamiliar. Mike Scott is a man who has recently found love again and much of the album concerns itself around this, (or as he puts it “70% love songs, 30% other shit) and as such is one of his most personal albums, so it’s only right that he’s keen to play it live.

‘Do We Choose Who We Love’ opens the show is typical Waterboys which the addition of the female vocals adds a further dimension, and is swiftly followed with ‘Santa Fe’, a great laid back tune with exquisite musicianship. Scott’s right hand man and fiddler extraordinaire, Steve Wickham, then disappears off stage while the rest of the band continue with a third new song; ‘If I Was Your Boyfriend’.

‘Love Walks In’ sees support act Sophie Morgan back on stage to join in, but ultimately the song suffers from being too repetitious and needlessly drawn out. With Wickham back on stage and Mike on keyboards, a rousing ‘Girl Called Johnny’ redresses this and receives a rapturous response form the crowd. Scott is relaxed and clearly enjoying himself. He takes time out to introduce all of the band members individually and tells the story of how, after much pestering, Brother Paul came to play with the band and how his throwaway line of ‘my soul’s in Memphis, but my ass is in Nashville’ inspired the next song,; ‘Nashville, Tennesse’. 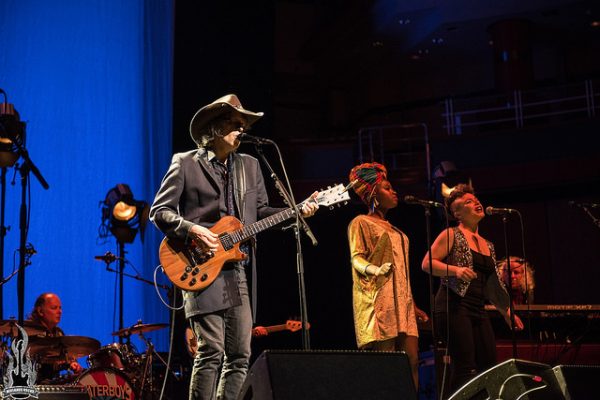 They revisit Modern Blues with ‘Rosalind (You Married The Wrong Guy)’ which is lively and sees Brother Paul rocking his Hammond conjuring up images of early Jon Lord. The song rightly receives a great reception. Scott even changes the words in the final section to ‘You voted for the wrong guy, America’, one of several current social comments he makes throughout the show. Another section of new songs follows of which ‘Morning Came Too Soon’ stands out.

It takes the the opening chords to ‘Whole Of The Moon’, to finally get the crowd on their feet and singing their hearts out, and the atmosphere has become what you would expect it to be at a Waterboys show. Scott is still enjoying himself on stage and having fun; he delivered some of the lyrics in the style of Chas & Dave, David Bowie and Bob Dylan. Maybe placing this song earlier in the set may have been the smarter move. Instead, it did seem that they were leaving the best to last with ‘Fisherman’s Blues’ finally closing the show. Despite the somewhat restrained atmosphere (to a usual Waterboys gig), it was a thoroughly enjoyable evening.

Shortly before this run of shows, The Waterboys announced further dates in May of 2018. 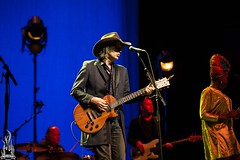 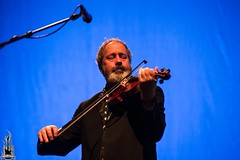 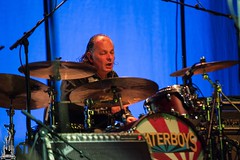 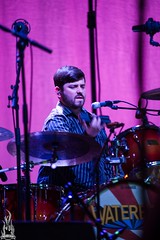 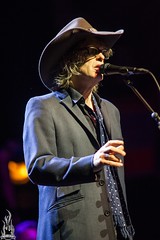 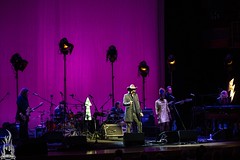 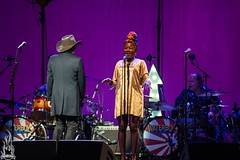 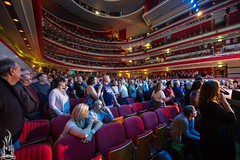 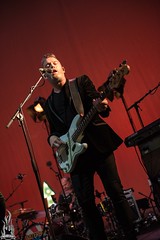 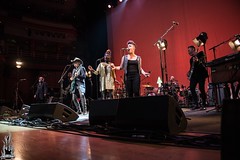 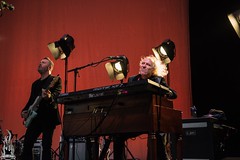 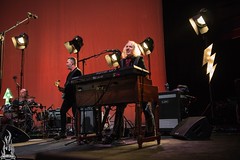 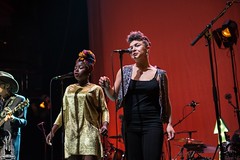 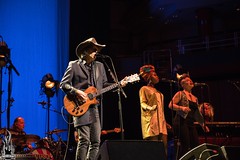 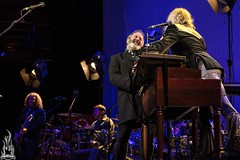 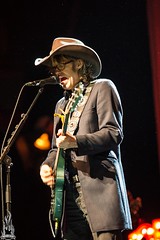 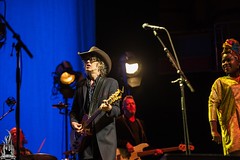 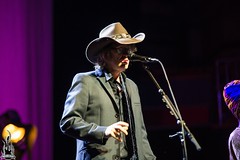 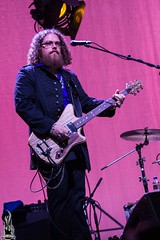